Here’s an example in which two identifications are in reverse chronological order. 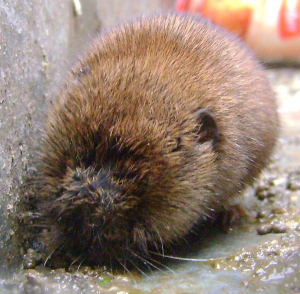 Unidentified small animal at first glance mistaken for a mouse

Could you all keep a close eye out for any timing errors from now onward. Server people have had a couple of goes at fixing the issue and now think it should be sorted out.

Not really necessary mike. Place a comment anywhere but write in the actual time; see that iSpot time is different to everyone else’s.by 23 mins. That does not explain out-of-sequence posts though but it’ll be a factor.
Example https://www.ispotnature.org/communities/global/view/project/755957/project-for-a-week#cid-454456

I was rather enjoying my new time-travel powers. Ah well. All good things come to an end…

No, not here Th. the clock is correct. A comment in the main site is the place. Next to Mike’s greyed-name is 2h or something - mouse it and the post time is shown. Identical here.

I noted the time on a couple of agreements, and then checked them on the changes tracker. They were correct.