I recently posted a question elsewhere …

Today’s silly question.
I was watching a Woodpigeon in the garden. It wasn’t doing much, not even chasing other pigeons. It was really rather boring. I yawned. … … … Do birds yawn?
(I warned you it was a silly question

I’ve received a selection of answers ranging from “Of course they do” through “My parrot yawns” to “It depends what you mean by ‘yawn’”. What does the panel here think?

Well, i have seen birds, particularly blackbirds, open their beak wide and not utter a sound. I have noticed it more often on early cold mornings, when their breath condensates in the cool air.
I KNOW blackbirds yawn.
One to watch for and photograph would be the curlew
It’s been talked about before Do birds yawn? | BirdForum

Marine question. What do Chiton, Chlamys and Zostera have in common?
.
They are all named after ancient Greek clothing.
.
Zostera, I can see the link … the other two are not so obvious to me…

I didn’t know that. And none of them are tunicates…

Cold indeed! A layer of hailstones left by last night’s thunderstorm rounded off a week of overnight frosts.
Thursday’s gale saw the heaviest “fen blow” of my decade around here: visibility down to about 20 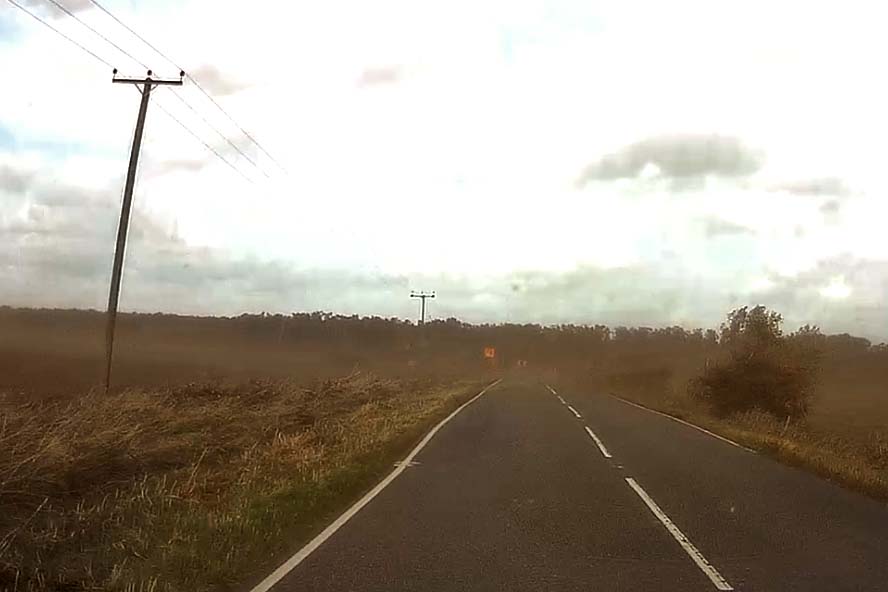 Fen Blow 18888×592 35.4 KB
m on the Long Drove - much thicker than this old dashcan shot. We were repairing some fencing at Holme in the teeth of it. Peat everywhere - ears, eyes, nose, hair!