Flowers out of season

I have two domestic blueberry plants of differing varieties.
One of them has produced a small number of flowers in mid August a couple of weeks after the fruits from the normal early spring flowers had been harvested. The second and older plant has a small number of fruits left.
I always thought that blueberries had there flowering seasons pretty well set in stone.
I have a bay tree that has an extremely erratic flowering habit and a cutting I propagated is the same but blueberries flowering more than once a year is new to me.
I have also seen hogweed flowering on new years day a few years ago. 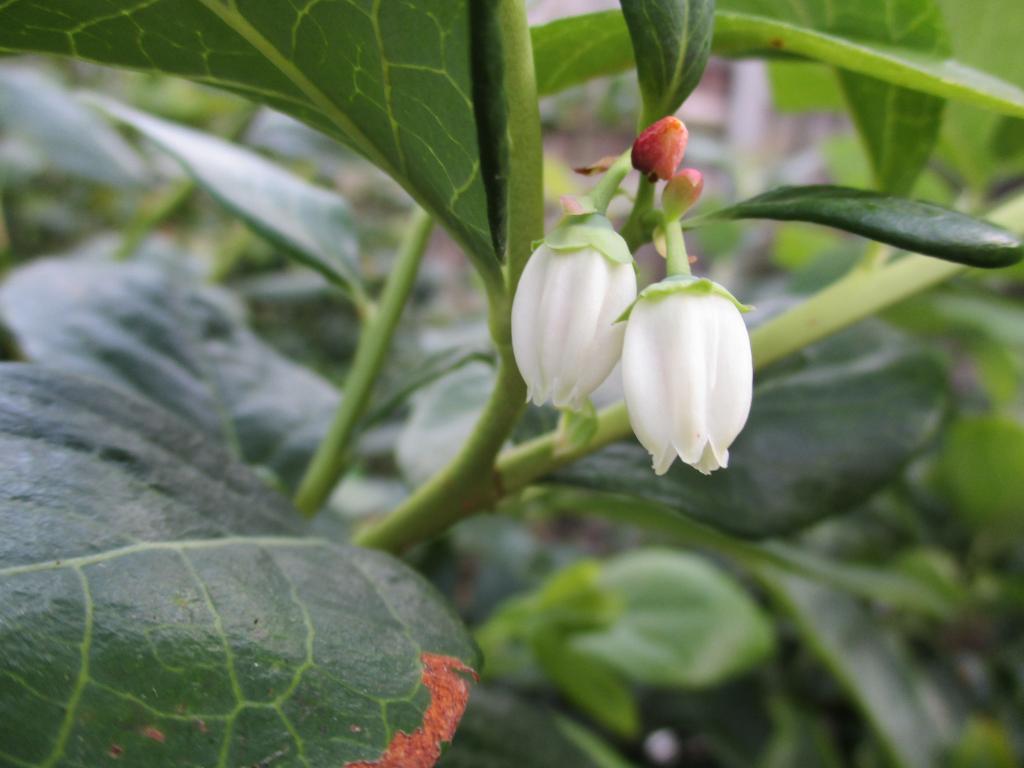 Plants flowering on New Year’s Day, apart from winter-flowering species, are perennials and late surviving autumn-flowering annuals. All else being equal (which it probably isn’t) the commoner a species is the more likely you are to find it flowering on New Year’s Day. Hence hogweed and cow parsley and (lawn) daisy and dandelion are perennials you have a good chance of finding in flower on New Year’s Day. Typical annuals are mayweeds and sow thistles.
For examples of all things not being equal I don’t expect to find cleavers (an early summer-flowering annual), or nettles or brambles or plantains in flower on New Year’s Day. (Nettle and great plantain are not evergreen, which might explain their absence - cow parsley and hogweed aren’t evergreen either, but cow parsley is wintergreen.)
Blueberries are rare enough that finding out of season flowers might be difficult, but rhododendrons regularly produce a few autumn flowers. You have me wondering about bilberries.

The other odd thing is that the flowers are on green wood while normal flowers are on wood that has hardened over a winter season. The fruit crop was average this year.
The soil is is made up of bagged ericaceous compost that over the years has been topped with chipped wood and clippings. Last winter the bed had a couple of shovels of very rich well rotted rich horse manure.
Also we have good words about my skills with a sub £100 camera.

I have seen trees such as hawthorns flowering at odd times of year e.g. in autumn and winter and a few other ‘mistakes’ by other species. Medlar on our allotment was flowering in most months this summer after it was affected by spring frost.

I have also seen spring bulbs flowering in November.
It is interesting to hear about other plants flowering at odd times of year.
I have got a bay tree growing directly in the soil and it commonly flowers two times per year. It took several years for it to harden off to our frosty winters and once it did it has grown fast.

Help BSBI build up a clearer picture of which wild or naturalised plants are in bloom: our New Year Plant Hunt is now in its 9th year.

There’s also a thread on this forum

I'm typically getting well over 200 in a day at the moment covering a mix of urban, farmland, woodland and the odd soggy patch in a 'day' - which is perhaps only 5 hours bearing in mind we have coffee and biscuits at 10 when we meet and then a good 40 minute break at lunchtime and then someone usually mentions the pub around 1530! I doubt we're doing more than 4 solid hours at any rate, but an experienced team of 3-4 spotters plus recorder def helps. I agree - 130 species in flower is a tall …

Just seen a primrose in flower in the garden!

What I saw today was (white-flowered) Rhododendrons, but Pontica Rhododendrons quite commonly produce a few flowers in autumn.

Now we have got apple blossom of all things in September.
Whatever next? 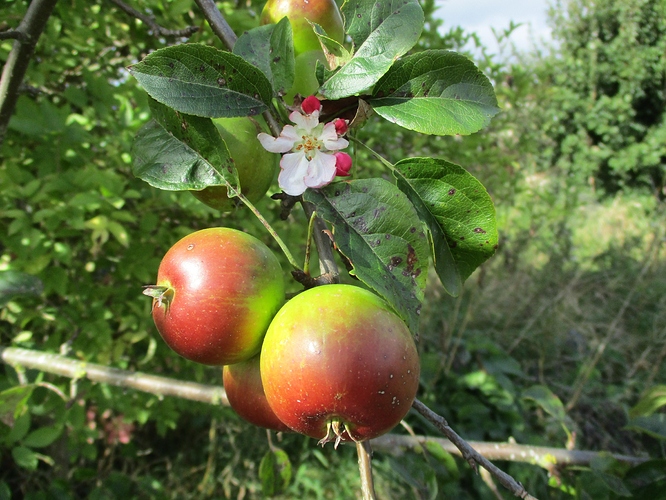 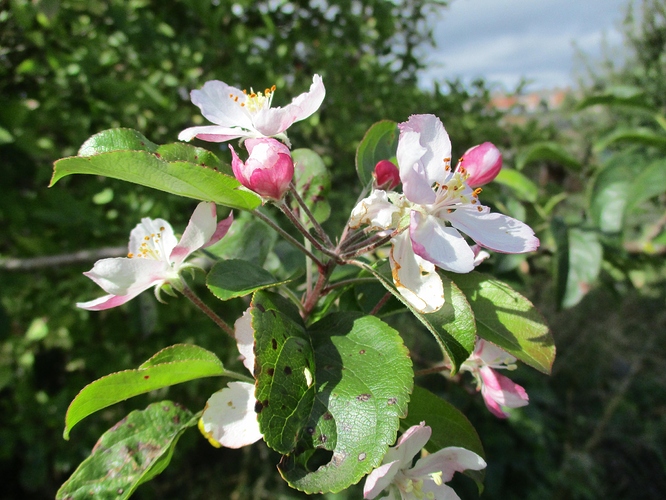 My blueberry bush only produced nice autumn colour for a short time before the frost dropped all the leaves to reveal one unripe berry from four flowers.

Among the plants seen flowering today, Erigeron acris, Senecio inaequidens, Geum urbanum, Veronica persica and Campanula poscharskyana. A few days back I saw Eschscholtzia californica and Lobularia maritima, in the remnants of an annual seed sowing.

Walking along the Thames Path extension from Erith to the Thames Barrier at Charlton yesterday (not the most salubrious or promising of surroundings), I saw in flower: Common Chickweed; Shepherd’s Purse; a white clover; Gorse; Annual Mercury; Petty Spurge; Herb Robert; Hogweed; Black Nightshade; White Dead-nettle; Red Dead-nettle; Autumn Hawkbit (I think); Bristly Oxtongue; Smooth Sow-thistle; a dandelion; Canadian Fleabane; Daisy; Yarrow; Ragwort; Narrow-leaved Ragwort; and Groundsel. Many of those one might expect to see in late December after a mild autumn and winter (with only one or two not especially hard ground-frosts so far here in SE London) but I was surprised by the Hogweed, the ragworts, and the nightshade. Yarrow seems to be everywhere in flower.

How about loading all the observations of plants you can find flowering on Jan 1. A bit like https://bsbi.org/new-year-plant-hunt
I have tried projects for this in some previous years.

Hogweed and cow parsley can usually be found flowering at this time of year. (I saw them both today.)

Maybe try adding some information about the new year day plant hunt on the cover page. I took part last year and was given a lot of help to identify the flowers I wasn’t sure about.