Yes Gripes. A little space to just vent some steam!
To save some of the other topics from being hijacked.

Why are the LIST VIEWS so unbelievably slow? One just took over 4 minutes to upload.

First nothing happens: the page stays blank. For quite a while.
Just when you are about to give up, a whole lot of text suddenly appears.

And then nothing more happens. The picture placeholders sit empty and the page freezes: you cannot navigate it or move around on it. You HAVE TO WAIT. Forever.
Why can the text not just load slowly, so that one can at least so some work or planning? Why does the page have to freeze?

Eventually the pictures arrive. They all seem to arrive together (after all why would you want to look at just one observation when you can wait for several minutes?). Except that they do not display. They wait for you to scroll to that part of the page, and then they keep you waiting for 3-8 seconds just for the hell of it - so that you can appreciate how much work the html is doing in showing you this - and then they load up at a leisurely pace.
Why can they not just all load on the page bam!!! Why on earth are we kept waiting for nothing?

Of course, it is probably worse in southern Africa at the far end of the long undersea cables under the Atlantic and Red Sea, with out kilobyte lines and couriers carrying emails from town to town in cleft sticks holding their cellphones (these are now available in parts of the first world as selfy sticks - dont forget where they came from!!).

To save some of the other topics from being hijacked.

I must confess: that was my inspiration for this topic …

A mini and valuable summary by @Tony_Rebelo
"So, we have told them of almost 500 bugs. They have fixed 27.

What a torrid day. Just horrible.

Perhaps they should just shut down iSpot. They clearly are not going to fix any of these bugs …

At least I would have a calm relaxed day and find a nice virtual museum where I can feel at home and and comfortable with and that will behave intelligently when I press something.

All I want is a site that works …

Are they trying to kill us with frustration and anger?

Do you know what? I Don’t think THEY care
and

that will behave intelligently when I press something.

Deep breaths and stick with the camera button for a while? 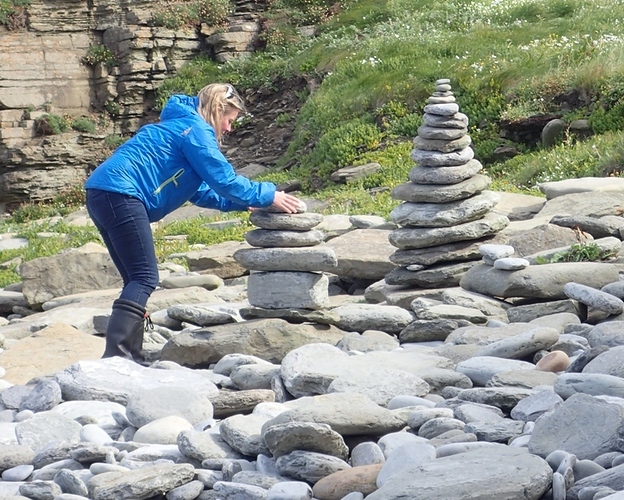 Nooooh!!
My camera’s mode dial is not working. so no relief there either …

But off up Jonaskop tomorrow - so relief from iSpot.
Too look at explaining some Fynbos dieback probably due to the bad drought …

Yes. We should do more Gems My rescued project (far from perfect) https://www.ispotnature.org/communities/uk-and-ireland/view/project/280916/natural-reasons-to-visit-orkney

I’m no IT expert, but I thougfht if you were upgrading a database, you got it as close to correct as you could then did a trial with a small subset of data and a dozen testers to find the obvious problems. Then you fixed them, maybe retested it, and only then moved the whole dataset over and released it for full use. So I don’t understand why this half-finished version has been imposed on us. What was the deadline that meant old iSpot had to be closed down before the new version was ready?

It was not a deadline. The OU was spooked by the June randsomware attacks and uploaded this version of iSpot that was only due for release in September.
And now it appears as if the programmers have gone off to do the CHANGES and TRACKS which the OU decided were not important in iSpot, but which there was a great outcry because iSpot does not work without it. But in doing so there is no one and no time to fix the bugs. And the bugs that are fixed at not high priorities and are badly fixed or only half fixed.

What we must ensure does not happen is that come September the programmers depart because all the money is spent and all the bugs remain, for attention at some future, unspecified eternal date.

This is just my theory. I would love to hear yours.

There was a testing going on with a small group of people (I was one of them) and some of the key issues were identified there that we are discussing. As for what drove the change I’m not sure, but I’d guess a significant unpatchable security flaw in the old database (which was getting pretty long in the tooth in IT terms) but I’m just guessing.

Most critical issue for me (and judging by the comments here) is the lack of any track changes function and it looks like iSpot is working on that.

Hi
I am a moderate user of spot - 555 observations since 2010 and use it for basic natural history id
Having returned to the site after a few months whilst I LIKE the drag and drop feature the new site appears to have lost a couple of basic features which made it so enjoyable to use;-
1 LIST OF THUMBNAILS OF OBSERVATIONS - this was a great way to LEARN/REVIEW knowledge gained from previous postings. By definition this facility is VISUAL - it is a nuisance to have to apply a filter to view previous observations rather than them appearing under ‘Your ispot’
2 THE ‘CHANGES’ SECTION - it is how we kept up to date and was a source of interest and excitement.
Good to know that work is happening on ‘changes’ - hopefully the developers are planning to give the thumbnails back too…

A little space to just vent some steam!

trickle of vapour . . . feeling dejected and apathetic, I have so many images to post but the inclination has shriveled to near zero . . . . .

Me too - and i am weak from loss of energy. Something has died within me…

Shrivelling, interest dying slowly but still here and spurred on by infernal - sorry, eternal - optimism that iSpot will soon be restored to what it should be.

ARRRGH!! it is SO SLOW!!! and the continued lack of track changes make me think I am uoploading into a void with no idea of what anyone else is saying or doing (other than posting observations in the projects I have set up) but loading the projects and full observations takes ages – even scrolling down my projects list is all http://theoatmeal.com/comics/no_internet

ag. I meant to reply to your comment about slow and ended up replying to Tuli. sorry about that… http://theoatmeal.com/comics/no_internet … but there’s the link anyway!

so I uploaded an observation this morning. first time for a while. and the site is still SLOW. and the location data is still not remembering that I have already loaded the dive site and is forcing me to reload the GPS coordinates. and the confirmation window still doesn’t give a preview. and track changes is still missing. is anyone at iSpot actually listening? are they planning on fixing any of these things?