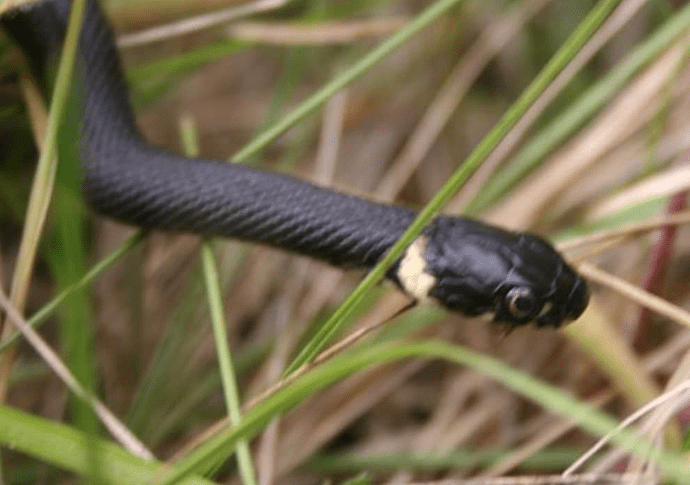 ID needed please! Is this a barred grass snake?

Thank you all in advance!
Laura

If I understand correctly, all native grass snakes in Britain are barred grass snakes.On the other hand, Wikipedia tells me that the yellow “collar”, as seen above, is a characteristic of the other species. Where was it photographed?

I think there is some confusion generated by the bbc article. As Lavaterguy says, your post is the one commonly found in Britain; it has the yellow collar. The “new” snake Natrix helvetica, now a distinct species, is called the barred snake. Not because of the yellow collar, ( which it doesn’t have) but because of darker body markings.
So yes your post is the barred grass snake, Natrix natrix.
.
I found this site helpful in writing this comment. The barred grass snake info appears to have been added at the end, in 2017.

Sorry, Typing Error, your snake is NOT the barred grass snake, it is the common N. natrix with the yellow collar.

Thank you very much for the clarification everyone and the ID!

If you want to, you could post it as an observation, as you did the Cockchafer grub ( larva). https://www.ispotnature.org/communities/uk-and-ireland/view/observation/779226/unknown-garden-discovery-caterpillar
I notice that has no agreements as yet, nor does another posting of a similar specimen. https://www.ispotnature.org/communities/uk-and-ireland/view/observation/720146/creepy
.
I mention them here as they may get noticed by other readers.

For the snake, I had intended to include the website which I found useful. Here it is. 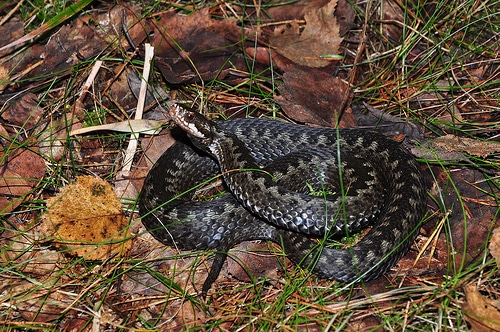 Are Snakes Found in the UK Wildlife - Finding Nature UK

Are snakes found in the UK? Discover more about reptiles with Finding Nature UK. Snakes are interesting creatures, and are protected species in the UK.

Thanks again- enjoy your cup of tea!

As I understand it, all UK specimens are Barred GS (N. helvetica). The original report was misinterpreted by one news agency, then copied by others without checking.

Not quite. As I understand Natrix natrix is present as an introduced species (as is Zamenis longissimus). I’m have negligible knowledge of British snakes, but the photograph above seems to be Natrix natrix rather than Natrix helvetica. We could do to have a reptile expert comment - perhaps if the photograph is put up as an observation.

Laurap, is the photo on as an observatoin now, if so could you put a link to it here in the forum

Co-incidentally, I have just been reading (British Wildlife) about Beam Brook Field Station, and its herptile heritage.