I’ve been revising my report scripts, and I find that the number of taxa recorded per month, in descending order, is August, July, June, May, September, October, April, November, March, January, December and February, with nearly 3 times as many taxa recorded in August as in February.

There are factors involved beyond the raw number of taxa identifiable in the relevant months.

The number of records per month shows a different pattern - the order is May, June, July, August, September, April, October, November, March, February, January, December. This presumably reflects the bias towards recording earlier in the year, but with less to be seen before May.

I spent an hour. I looked at Total UK Observations OBSERVED (not Submitted) in January and August and also Plants for the same periods.
It adds little to the above. But what might have caused the crash during (afterJan) 2014 - weather, perhaps influenza? And see how fewer Obs there are nowadays but proportionately more January plants this year. 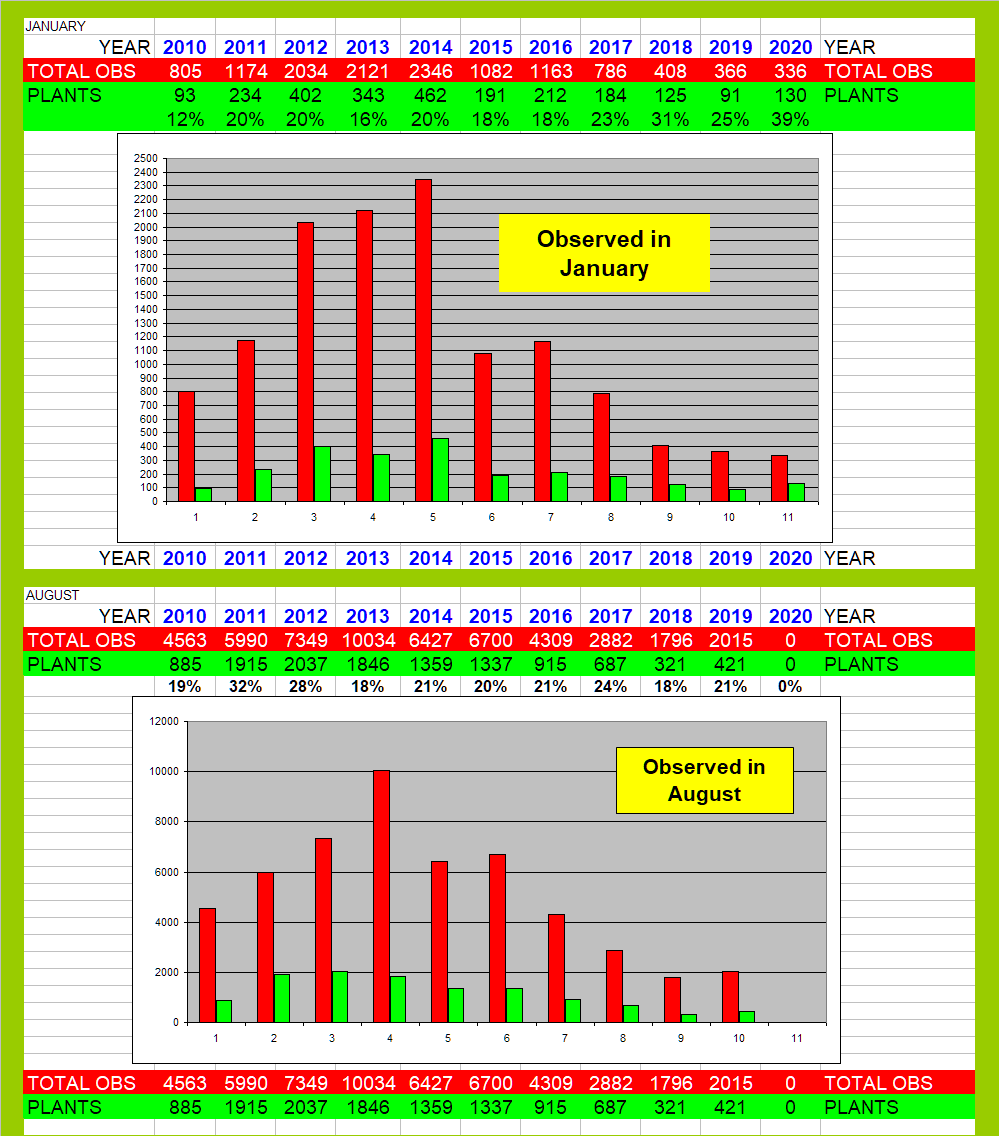 Percentages are generally the same except for 2018
There is sometimes a long gap between Observing and Uploading.