Observation - Erica fontana, Cape Point - 2008 - Southern Africa. Description: This post is to celebrate the 2000th observation sent to iSpot of species recorded by me at the Cap

And now my FIRST post of the Anniversary
The Group Visit to show the power of sharing on iSpot. 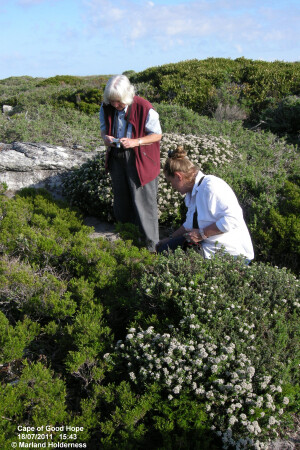 Observation - CYTINUS, Group Visit, Cape Point - 2011 - Southern Africa. Description: A fitting subject, I believe, to show the power of iSpot with my first post of the Anniversary, The

Certainly a remarkable record of recording. We found an interesting plant today but only unusual as it was the first time it had been recorded in that 10km square which is a bit different to ‘thought to be extinct’!

Our finds at Cape Point were quite often a team effort.
This particular find was one of those instances.
I saw the bits of the flower on the path, called the friends to show them. We searched to see where they originated. Barrie found the original plant under the Metalsia. Then Frankie went home and searched for a name.
Meanwhile, we were joined by Jayne (Friends of the Cape of Good Hope) and we searched to see if we could find more plants.
Somewhere along the line John Manning suggested we should look for a female flower.
I’d contacted the US expert Daniel L. Nickrent (Plant Biology at SIUC)
who referred us to Pricilla and she joined us the following season and you may see the results of her desk-work.
iSpot was the way we recorded it all.

M. What a good team effort & thanks tor sharing it. iSpot, where a post is often subject to ‘peer revue’ before we’re agreed, is a source of satisfaction for me, both for my own observations ( how do you know how many you have?) and for seeing others that could be worth looking for in the area. A pleasure to be here.

How many?, Jo.
Well I had my favourite locations so it’s been easy enough to add tags - iSpot makes it easy and helps me to avoid duplication.
Cape Point tag ‘myCP’ and the map view gives the numbers. Monitoring with Jayne and the Friends of The Cape of Good Hope.
Rondebosch Common ‘myRBC’ often stopped there after work - then would go back with Barrie and Frankie Shoosmith to check out special finds.
Silvermine ‘mySNR’
Stofbergsfontein and the West Coast ‘myWCNP’ weekends with my brother.
are the main ones - some are yet to be tagged .
Is that what you were asking?

If you’ll wait a little longer I’d like to add to the Forum the saga of the Massonia at Cape Point. Starting with the Shoosmiths. Then Jayne joined in, checking the site regularly.
But the cherry-on-the top was the study by John Manning Professor John Manning
Maybe I’ve mentioned it here before - so must check.

@miked @Janice_A
Following a tag - I think Worthy of Celebration -
I followed the tag ‘Did you know?’
which lead me to this delightful post from 2013 Observation - MAROELA SEASON !! - Southern Africa. Description: Across the subcontinent, from the bushveld to the tropics, it is time of year to reap and enjoy that most generous windfall from one of Africa's greatest trees. The Maroela Tree. That...

which was also tagged ‘First Record for Season’ (not followed) because I thought iSpotters from Up North might like to know more about Marula Season.
This video ends abruptly - not sure why. 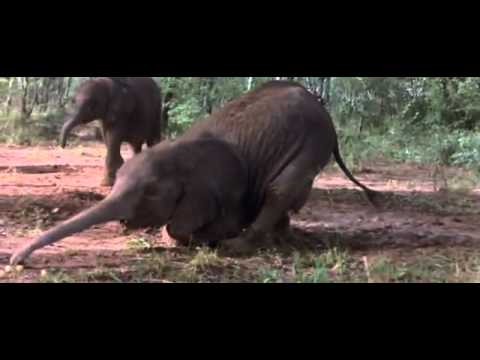 Interesting when I did a search on that species of tree the first result was to UK government website! Marula - a tree for everyone - GOV.UK
Not really what I was expecting, it is one of those trees that people periodically ‘discover’ as being very useful to humans and wildlife.

I know it from the family Zimbabwe connections - I see the common name may be spelled differently.
A rather nice site to remember with more about the tree: Flora of Zimbabwe - Flora of Zimbabwe: Species information: Sclerocarya birrea subsp. caffra