Giant Squid washed up at Kommetjie 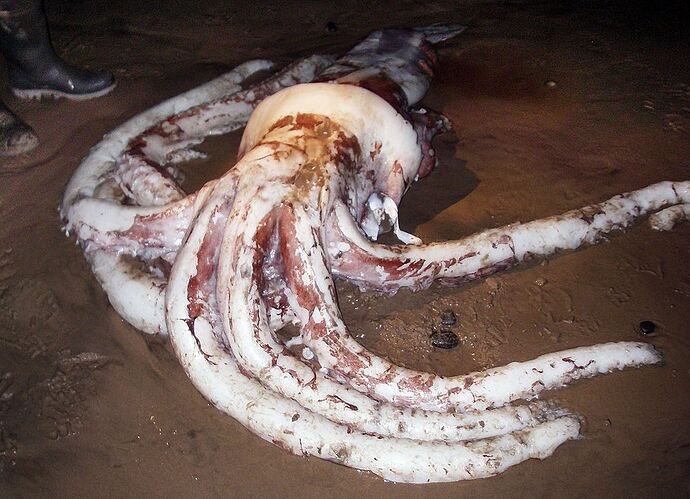 The incident is unusual since giant squids are known for living in the depths of the ocean. A giant squid has washed up ashore recently along the shore of the Kommetjie Beach in Cape Town, South Africa.

Following up on this You may know @dejayM about the Kraken - 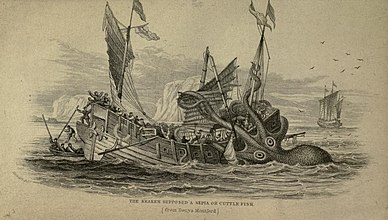 The kraken (/ˈkrɑːkən/) is a legendary sea monster of enormous size said to appear off the coasts of Norway. Kraken, the subject of sailors' superstitions and mythos, was first described in the modern age at the turn of the 18th century, first in a travelogue by Francesco Negri in 1700, followed by writings by Dano-Norwegian natural history. Egede (1741) described the kraken in detail and equated it with the hafgufa of medieval lore, but the first description of the creature is usually credite...

My sea-captain friend gave me the name.
He wrote “Jules Verne’s kraken is or was alive and well off the Cape Peninsular. Sperm whales are said to have done battle in the great depths of the sea, with Kraken who have left their marks in the form of vast sucker scars.”

The reports of your stranded squid are online in several ‘ newspapers’. The following is a time line and maybe of interest. It has the earliest known photo.

This list of giant squid specimens and sightings is a comprehensive timeline of recorded human encounters with members of the genus Architeuthis, popularly known as giant squid. It includes animals that were caught by fishermen, found washed ashore, recovered (in whole or in part) from sperm whales and other predatory species, as well as those reliably sighted at sea. The list also covers specimens incorrectly assigned to the genus Architeuthis in original descriptions or later publications. ...

Thanks Jo - I was so sad to see that the people of Cape Town had no idea of its scientific value and were happy to loot it until what remained was only fit to throw back into the sea.
That beach is most likely part of the Table Mountain National Park - so where were the Parks Board officials?