(I’ve not been here long - apologies if this is a discarded chestnut, I did look around first.)

How to categorise habitat for observations on the street or urban brownfield?
eg. habitat described at: 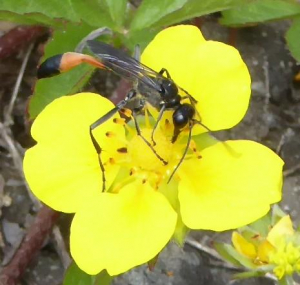 
I put this under parks but that’s not really what’s interesting about it, is it? It’s a brownfield reserve.
What would I do with a plant growing by a bus stop or an insect using it (plant not bus stop, obvs)?

I just leave the habitat blank when there isn’t a suitable alternative.
There was a lot of discussion on this topic on the forums on iSpot mk. 1 (this is mk. 3).

Thanks, I hadn’t clocked that it’s not a mandatory field,I see that now.