A few of us are floundering in the various Unidentified’s projects.
Lately, mostly out of frustration, I have taken to offering very high taxonomy IDs to help clear projects.
I do not advocate Plant or Animala or Aves, specially but I have used Bombus, Araneae, Heterocera quite a lot recently.
My opinion is that such an ID may be better than NO ID, as many of the ones without IDs are over 8 years old - lost.
Typically (as an example) https://www.ispotnature.org/communities/uk-and-ireland/view/observation/25801/harvestman
Adding a High-Tax ID means they can be found via a search, will appear in Other Observations and disappear from from the Unidentified’s projects.
Any thoughts?
Please?

I’d generally agree that a high-level identification is better than none. But, whatever level is provided, it would help if notes explained why it wasn’t possible to go further.
I suspect many newbies are put off, not only by the site’s continuing “quirks,” but by the fact that their fascinating find isn’t rewarded with a positive identification, explanatory notes, and possibly praise.
I’m also uncertain that I’ve been doing the right thing by suggesting (in a comment) that the person posting adds an identification when they clearly have an idea, but haven’t put one in: I’ve sometimes suggested a more general, or more specific revision this way, too. But, looking through the “unidents”, it seems that in many cases these haven’t been acted upon. My intentions were good (encouraging them to be involved in the process), but we know what is said to be paved with those.

Yes agreed and thanks.
Actually I meant to suggest that this should be applied to old posts because newer ones are waiting for the right visitor.
But once observations drop off-right from the two Carousels then they will probably be lost for a long time.
As I work harder and harder, longer and longer in the UnIDd projects then I need to either ignore and move on or add an ID. It is usually far too late to suggest IDs in those cases.

Older posts - yes, me too: referring to some of the old unidentifieds that I realise I have failed to revisit to check if my suggestion for a first or revised identification had been taken up. I used to rely on the changes tracker to inform me of edits/revisions.

Is the Changes Tracker not working for you?
I have just updated the project
https://www.ispotnature.org/communities/uk-and-ireland/view/project/770782/uk-invertebrates-without-id - arbitrary time-slots
I get BORED very quickly faced with the same old stuff, so I will update more regularly, maybe every day, just to relieve the boredom

“Changes Tracker” tends to be sulky. Sometimes it works, sometimes not. It’s more likely to play up on Android than on the PC. Android used to display an “unresponsive script” error after a while, but no longer does so: the “spinner” just keeps on rolling.

I find myself a bit uncertain what is best here. If something is given an ID (by someone like you or I who as a bit of ‘reputation’ on iSpot) then it gains a LikelyID status. This of course makes it harder to find by searching for things without a LikelyID and so makes it harder for new people with expertise to find them. It does however give some useful information to the original poster who presumably wanted support with ID.

That is useful, thanks David.
Without a Likely Banner they would stay in the Unidentifieds of course. But there might be merit in that, as they are all still in one place until a Likely ID comes along.
But will it? We have dealt with THOUSANDS that are older than 3 years and still they are piling in (not just inverts). Many of them are ‘undesirable’ - bad photos, no text and no current user.
I think all moths, dragons, worms and dogs should each be gathered into Collections; they need a HighTax ID for that.
If we then had a team allowed to add (and remove) tags then sub-collections could be made where there is no ‘Low’ tax ID. So that, in the future, if there is a future, then sub collections can be blitzed by those who are really interested and impossible ones perhaps binned.

HighTax ID have helped enormously to
a/ form Collections - currently called Projects
b/ empty the UNidentieds projects
I must say, that whilst these projects are rather unattractive for most users, I have learned a GREAT DEAL by getting immersed
ðerek

Collections justified?
Here is the Bumble Bee collection. 3800 observations to date.
We have been adding High-tax IDs lately https://www.ispotnature.org/communities/uk-and-ireland/view/project/775454/ispot39s-bumble-bee-collection
Open it and look at the Observations List, it is EASY to spot the ones that need a better ID.
6 on the first page but, in any case, very few have their first agreement. This is an ideal collection for visiting specialists or for anyone with even a minor interest in Bumbles.
Of concern to me is that Collections (currently called Projects) disappear from sight, just like Observations.

TWO for one now
https://www.ispotnature.org/communities/uk-and-ireland/view/project/776397/invertebrates-without-id-master
and 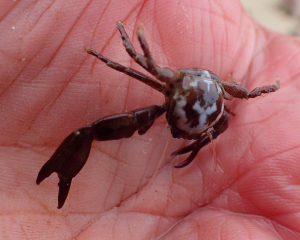 ✳️ UK INVERTS WITHOUT ID ✳️ - UK and Ireland : ALL TIME UNIDENTIFIED INVERTEBRATES (with Links to the iSpot COLLECTIONS). . UPDATED 7 May 2020 . T

We are realy finding some nice, but lost, Observations. 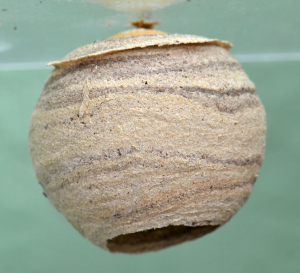