Cape of Flora
Hugh Taylor: The Fynbos Man
The story of one of South Africa’s greatest botanists starts on the wind and wave-scoured plains and outcrops of Cape Point.

Tells how the reserve was created and saved from property developers.
It seems that Hugh Taylor marked off the squares that set Jayne off to encourage me to monitor the Fynbos at the Reserve
See the iSpot tag myCP
I think the species lists Jayne gave me would be the same as this:

An analysis of the flowering plants and ferns of the Cape of Good Hope Nature...

An analysis of floristic data is presented in three tables and some comparisons with the floras of the Cape Peninsula and Cape Hangklip are made. A li…


There are many gaps in my collection but we also found species not on the list.
My photo collection at Cape Point was mainly from 2000 until 2013 - mostly following the fires.
Hope this may encourage others to enjoy what we found, and inspire further generations to fill the gaps.
Thank you High Taylor and Howard Langley (who encouraged us)
1 Like
miked 5 April 2021 09:34 #2

I see it mentions the permanent plots on cape peninsula, I think a number of these have been lost over the years which is a shame but remaining ones now accurately gps’d?
I can’t remember whether the plots we did there and elsewhere for monitoring in relation to hydrology were accurately gps’d either for that matter (normally our hydrology plots are recorded to nearest cm or so). The point being that if the data are accurately recorded in space then you can go back and rerecord and the older plots, such as those you show here, gain even more value over time.
This is something often missed by those who only search for the most up to date papers and information, if it was not published in last 5 years then it is of no value may be true in those molecular areas, but in ecology it can be these older observations and analysis that never loose their value and can become more valuable over time.

I remember finding one of the hydrology ‘thinggies’ and we wondered what they were all about.
It’s a pity that Cape Point became more of a tourist trap. It would have been so nice to be able to go to Buffelsfontein and check what others were doing and recording our own interesting finds.
Sometimes I met people doing research, but they weren’t always encouraged. Also visiting overseas botanists, quietly getting on with their work.
I was fortunate in being given a permit to go off the beaten track, which was renewed annually - but was apprehended a number of times by some officials - or men-in-uniform.
I learned to leave my permit in full view on the dashboard of the car.
I do hope I’ll be able to get round to posting all my finds.
Thanks for keeping iSpot ZA afloat.

The maps are recorded in these two articles:

Invasive alien woody plants in the Cape of Good Hope Nature Reserve. I. Results of a first survey in 1966

Invasive alien woody plants in the Cape of Good Hope Nature Reserve. I....

The first survey was carried out simultaneously with a study of the natural vegetation of the Cape of Good Hope Nature Reserve. Sampling methods are d…

Invasive alien woody plants in the Cape of Good Hope Nature Reserve. II. Results of a second survey from 1976 to 1980

The fires are an enormous problem if Parks don’t check to see if the aliens are taking over again - that was one of the things that Jayne MacDermid kept her eye on, when she was chairperson of the Friends.

Potentially satellites can check for fires and tell exactly where to go to look for the invasives, I think that talk I menioned some weeks ago included this.
On a completely different project here there is development of a system suggesting to naturalists where to go to get the most useful data, hope to test it this summer on ispot.

Dying to know what your Hydrology project was about and what you learned.
Then talking of old studies - I’ve only recently found the on-line Linnean Collection, thinking how old these specimens are. The trick is to find the original names for searching.
Forgot to add the link
http://linnean-online.org/linnaean_herbarium.html

http://www.open.ac.uk/fynbos/
A brief description is given here. I came up with the idea after visiting the Cape and seeing how some of the systems could be compared to our hydrological work in uk. However I got ill and was not able to do the project other than a small amount of fieldwork and others took over. Some of the people listed on that page had been working in the ZA systems for many years and were experts in certain groups of the flora and their ecological requirements.

Thanks Mike - I’ll pass this on to some folks from the Deep South, who will be very interested.
Meanwhile - Good News. Bad News? will this supply never run out? 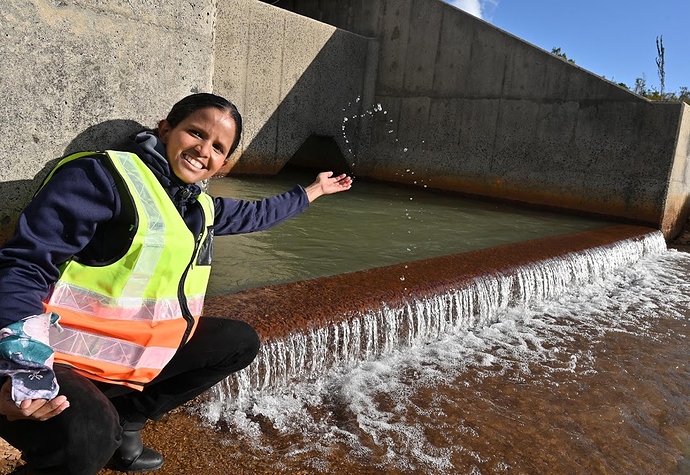 The City of Cape Town this week started pumping water from what is believed to be the biggest underground lake in the world.

The aquifers under that part of Southern Africa are extremely complex, I suspect mining for water will always be an issue. What age is the water and where has it come from i.e is the aquifer ever going to be replenished.