For island your link says 452 flowering plants and 606 mosses(not sure if that means bryophytes) but anyway certainly puts flowering plants vs mosses into perspective - my overriding impression of vegetation is just greenness rather than anything flowering.

Saw my first Canary Wharf bat this week. I believe there are 5 species recorded here - but when I google to check all I get back is BARS at Canary Wharf -

“Bat species in Canary Wharf” gave several Biodiversity plans etc, all citing “5 species of bats” … but so far no actual species list. So maybe it’s hearsay and you’ve seen the only one. 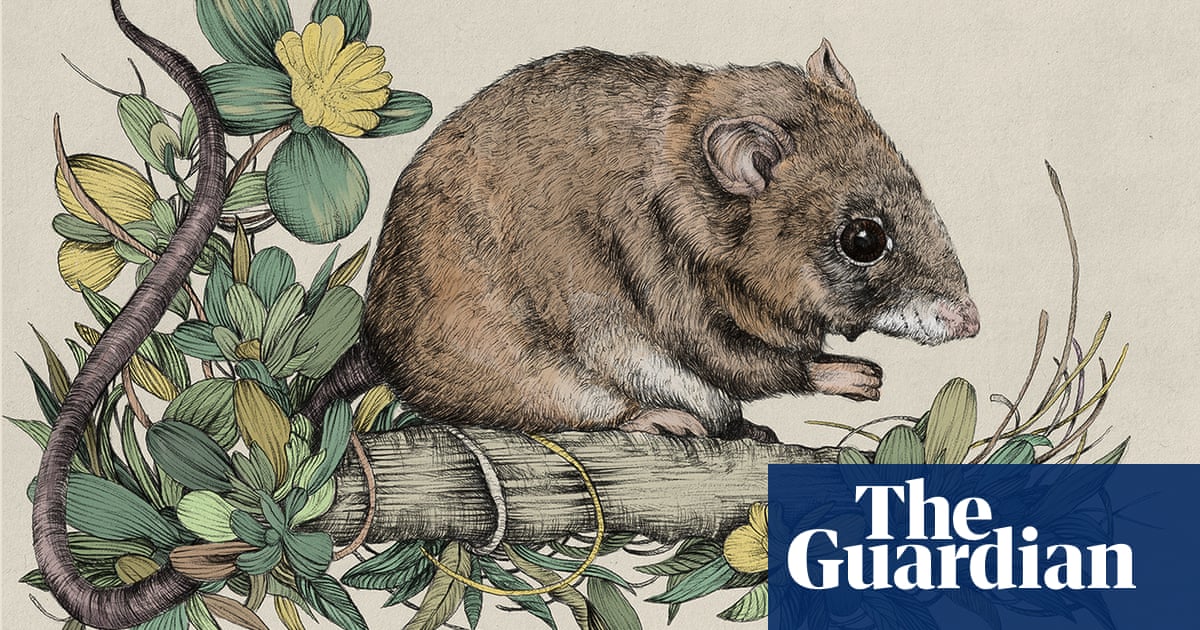 Rising seas choked the flora on the tiny mammals’ island habitat, and in just a few years they were gone

I’ve seen bats on the other side of the river, here in Rotherhithe, where Southwark Council has erected bat-boxes on the trees in Russia Dock Woodland. I’ve seen one or two most summers, flying at 2nd/3rd story height, round the docks and nearby streets at dusk They’re not Pips, they’re too big, but I’m not sure what they are. Anyway, no reason why they wouldn’t still be eking out an existence on your side of the Thames too, even if the Isle of Dogs isn’t as amenable as it once was - think of Mudchute, or even the older surviving buildings such as around the Museum of London Docklands.

Our building (Cascades) is Grade II listed - not that very old - but has quite a large garden area which might attract bats. Dwarfed now by the recent developments

see Google street view,.
My son, living in Pimlico has bats in their community garden -
Here’s a link about Cascades Cascades Tower | Know Your London

I took a look at the London Bat Atlas, which I downloaded a couple of years ago from here:
. 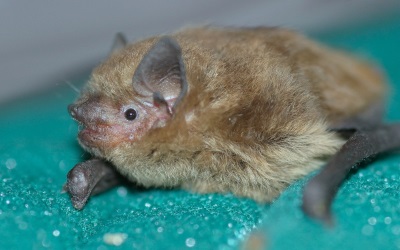 The London Bat Atlas was initiated during 2010, with seed funding from the Vodafone ‘World of a Difference’ programme. This made it possible to employ a part-time researcher to gather together the existing data holdings, as well as investigate...

.
… and it seems that the Isle of Dogs had/has or may have:
.
i) Daubenton’s
ii) Nathusius’s Pipistrelle
iii) Soprano Pipistrelle
.
On my side of the Thames, in the Rotherhithe peninsula, it seems we may have in addition:
.
Common Pipistrelle
Lesser Noctule
Noctule
.
I can see Cascades from the end of my street, although I never knew it was called that. 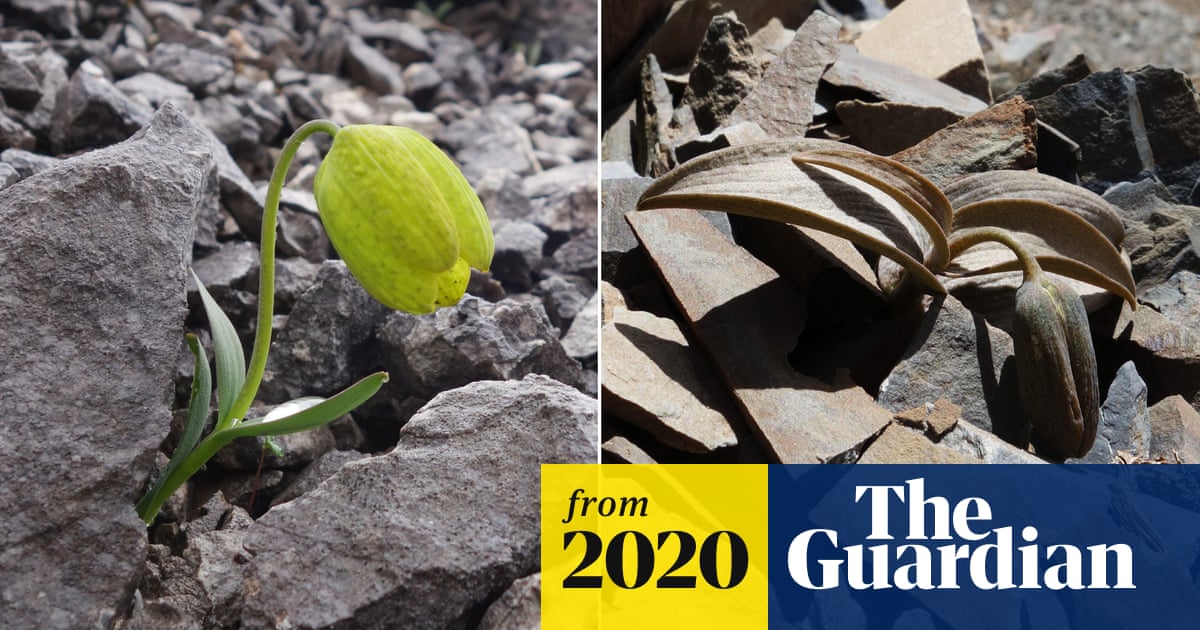 Chinese flower has evolved to be less visible to pickers

Interesting…So, …how might it have evolved (learned) this? Has survival-evolution favoured the ones that are grey in boulderfields? I would have thought the ‘Chinese’ to be too clever to allow this to happen.

I think it’s real… this may be the source for the Guardian. 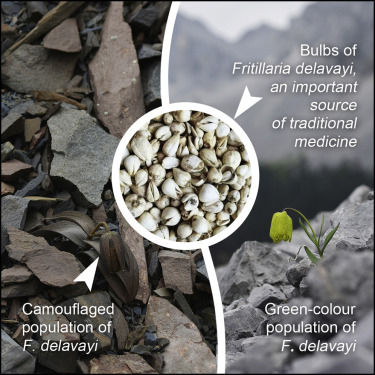 Color in nature mediates numerous among and within species interactions,1 and anthropogenic impacts have long had major influences on the color evolut…

I think it’s quite likely that there’s still the same amount of chlorophyll - just with additional pigments to change the colour. (There are quite a number of plants with purple-leaved forms.)

Interesting paper. Did you also play the game they list in the paper? Perhaps ispotters need to have a go at it to see how good they are at spotting things.
I am not totally convinced by the colours they show there even though they claim to have a colour target in duplicate images that they checked.

I played as a Yak…I got 6 right ( once I’d worked out you had to tap the place where the fritillary was because as a Yak I couldn’t read the instructions ( if they’re were any)).
Average time 10 + seconds.
.
I think I would have been a hungry yak.
.
The link is is two paras below Fig2 in the paper. It wouldn’t copy into this comment for me.
.

July 2022. For the fungal enthusiasts: 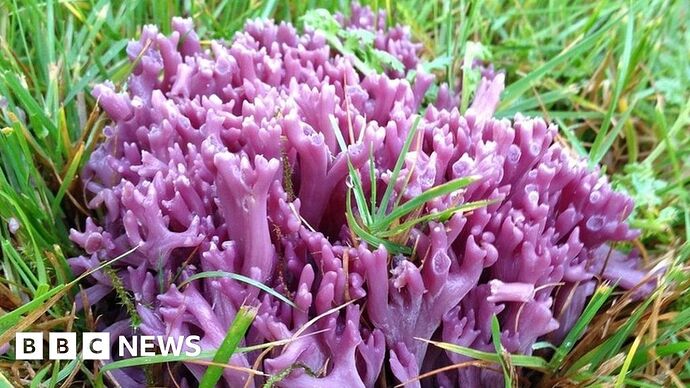 The discoveries included a fungus previously recorded in the Arctic and another in Antarctica.

I assume, from the title’s use of ‘Unearthed’ that the DNA indicates the fungal presence, not that the fungal fruiting bodies were seen. That’s not to detract from this excellent collaborative project involving hill walkers and the Hutton.
.
This was their pitch to get the volunteers:

Would you like to climb a mountain in the Cairngorms this summer in the name of science? The James Hutton Institute have partnered with Plantlife to discover more about the fungi that lie beneath the surface of the 58 Munros of the Cairngorms...

I think the purple one is Clavaria zollingeri which they refer to as violet coral fungus “one of the UK’s rarest grassland fungi”. It is a nice find but not one of our rarest.