possibly cloudflare slowly refilling its cache so in an hour or two it will be smooth again - looking to be optimistic.

I thought I should add this for posterity - it’s a very rare photo!.
Hard to explain WHO the guests are during a Lock-down
I feel very privileged, thanks
Specially well done with the Personal Tracker 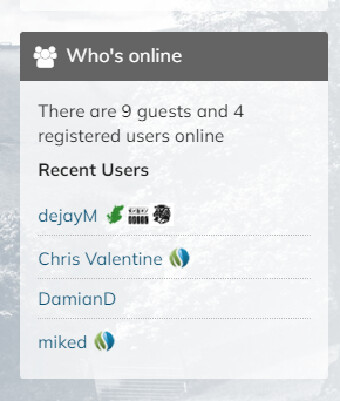 Optimism an important part of life these days - perhaps always was.

Reaching one observation from a tracker took three attempts: first a blank, second an error 500 I think, ‘something badly wrong’ or similar words and on the third try, the observation. That was about 20 mins ago.

Just now, tried to open the Scapa Flow observation from the list of observations ( explore Communities, Observations, List) and even on fourth attempt did not see it - and I had seen and commented a wee while ago. The failures were not all the same, one was the three part/image message to say the host server was at fault (did not take a picture, but it’s one reported in the past) and two others were like an observation but no content, no words, ID or images.

When actions don’t go forward as expected it seems to take a couple of tries to get the screen you want.

The trackers are doing what they have said all along, but have not been doing. Great result, thanks.

Just added an observation about 12.25 or 12.26 this afternoon, there had been none for a while. Maybe others are being cautious rather than risk disappearances? Anyway, a single photo rather casual observation of (most likely) Prunella vulgaris, has been seen and agreed. 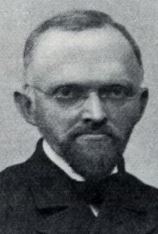 .
This all puts NBN to SHAME.
Always spend just a little time in GBIF
Please excuse my enthusiasm.

The site should be stable now - there was an issue with the database server.

Yes, all good, thanks! And yes, good to see the GBIF link, fast and helpful.

I think the dearth of observations just after reboot was probably down to caution on the part of contributors, I’ve managed a couple of new observations and all well. Lunchtime!

Thanks for the hard work, it must be a challenge waiting to see if it all works.

Check the GBIF map - or do I not quite yet know how to use GBIF?

It seems OK, all 70 records are present

Many of them are now preserved specimens, though we cannot tell where but their original locations are shown, 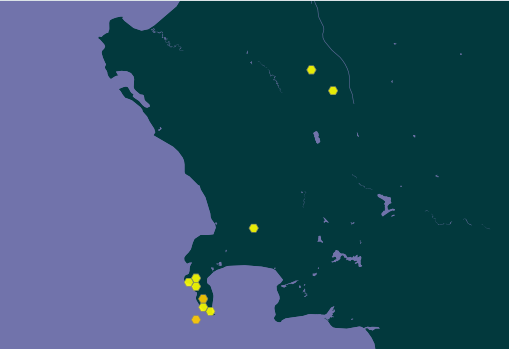 Most recent ones are from iNat - they can be filtered out (should you want)
Or have I missed your point?

Yes, It’s a pity that the iNat folk don’t always seem to double-check and the the records become for me a bit suspect Like reading about Meds in The Lancet or a local free newspaper.
Sometimes I do wonder if I’m wasting my time - lately I’ve been trying to add enough links to give my observations some value.
Thinking!!! if someone who knows very little about botany would be able to agree - maybe learn from - what I’ve often spent many hours researching??
Another Peninsula Endemic
Not much here - but lots of pics and a map

Observation - Erica fontana, Cape Point - 2008 - Southern Africa. Description: This post is to celebrate the 2000th observation sent to iSpot of species recorded by me at the Cap 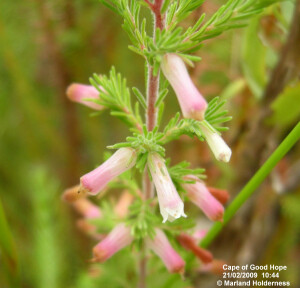 and today see the interaction 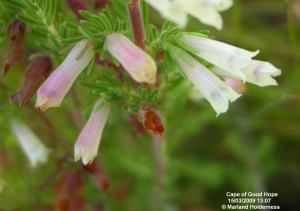 GBIF map is correct this time

Wondering if @JoC would find time to follow these up

recently, say for a few weeks, I have been ‘plagued’ by Ghost photos.
During uploads I drag my photos into place. They seem to take a shadow which MUST be removed before I can save the Observation. Am I the only one? 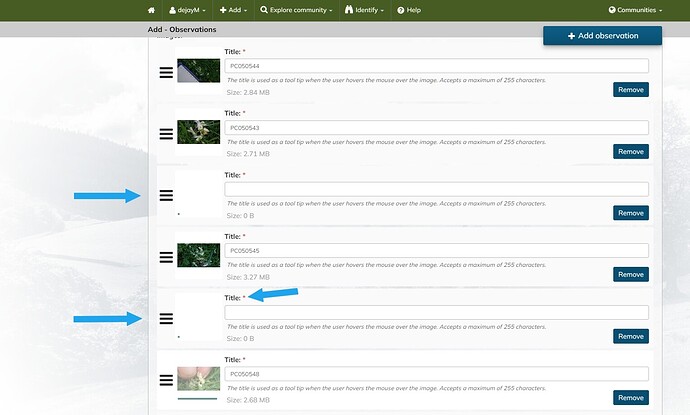 No, neither have I. Seems strange.

Am experiencing difficulty with the site today, wonder if it’s just me? Getting 500 series error on a transparent black screen and looks like failing to load before that appears. Happening repeatedly. 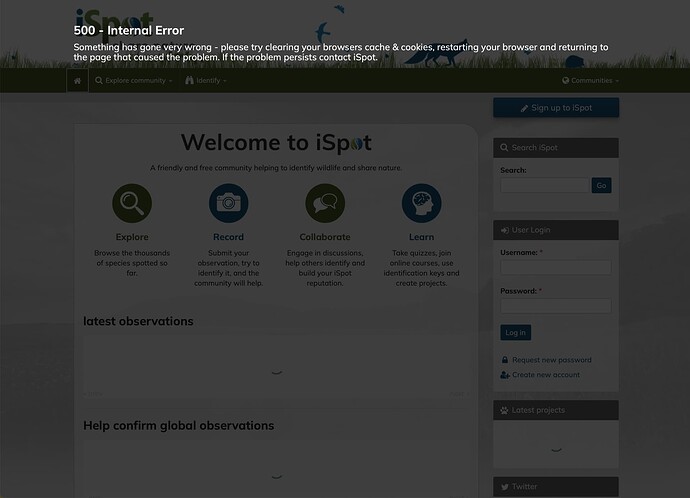 Gone now - surely…I think down-time is recorded, so @Chris_Valentine may be able to say.
It is all working well now.

Have just had a look at our site monitoring system and I can’t see any site outages over the last 24 hours and the site is certainly working fine at the moment.

Thanks for that, Chris. I did wonder if it was an issue here because of the specific message. We’ve just upgraded to a new OS so you never know! There’s also my own technical abilities (or lack thereof) to take into account.

Have just opened and logged into (and out of) the site and looks fine. I was in a wearying zoom meeting last evening, nothing quite like it for putting me off doing things with IT or my reflection come to that.

The 500 error nearly always means the website code can’t get a connection to the database server - which can happen when the backup running (every morning) or when one of the web spiders is updating its search index.