There seems to have been a minor epidemic of ID “failures” - some by very experienced users. Could the Powers That Be put up a reminder about using the pick-lists?

@miked @Janice_A
We need a series of ILLUSTRATED guides LINKED on the Home page - NOT in the Project Panel.
I will start to develop an illustrated guide** to the Dictionary Drop-down menu later today - won’t that be fun!
.
** similar to https://www.ispotnature.org/communities/uk-and-ireland/view/project/825332/

I began a draft of something a while back: parts may be recyclable:

An introduction to iSpot

[Some suitable wording about why the site is free to users, and how that limits the available curation and management]

Even the most mundane observation is of value – it adds to the body of data available for the species in question. The “Holy Grail” of any post is an identification to species level, but - even with the best photos and details - this isn’t always possible. But wherever they can, iSpot’s users will try to be as precise as is feasible.

Where photos and details are concerned, more is definitely better – though the subject may not be very cooperative! There are numerous posts with a comment along the lines of “we need to see…” Identifying features are very varied – the colours and shapes of body parts, the layout of hairs on a plant stem, the way the gills of a fungus join the stipe. So, shots from different angles can reveal the clues.

The habitat can be important, too. An insect might be found in grass, but have only been there because it fell out of a tree. Aquatic species may have a distinct preference for water quality, speed, or turbidity. Plants often have favoured soil types, dampness, and amount of shade. These details help confirm or call into doubt a proposed identification.

Fungi are a classic example. Many are associated with certain trees, and identification depends on the nature of the gills or pores, whether they produce latex or change colour when damaged, any odour they emit, and the colour of the spores.

When adding an identification, it is important that others understand your choice. So, adding notes can encourage them to either agree with you, or suggest an alternative. You might decide that an ID can only be made to (say) genus level: in the notes there might be a comment that “the [distinctive feature] isn’t clear, so it could be one of several species”. Or there might be mention of distinguishing features that confirm a particular species.

It’s also important that you are as precise as possible when locating your observation on the map, as the record may turn out to be of considerable importance. Make sure the name is descriptive, and clear to others – you can hide the precise location of sensitive species.

Some of the trips and traps when adding an identification

There are a few ways in which an identification can go awry. A “valid” one will have links to external sites and taxonomy:
(clipping of a valid ID)
Whereas a “failed” ID will look different, and lack those links:
(clipping of a failed ID)
Such an ID can’t be found by a search of the site, so the post is effectively, lost from sight. This wasn’t immediately obvious in the early days of iSpot: it’s better known now, but it still happens all too often. The only “fix” is to add a revised identification. What causes it?

You need to pick the name from one of the drop-down lists (scientific or common names) that start to appear as you type something in: free-typed entries will not usually work. This is the commonest cause, though sometimes the system seems to fail even when a name is properly “picked”. So, it is always worth checking!

In some cases, the name (or even the species) isn’t in the iSpot dictionary. In some cases, the scientific name in the iSpot database is out-of-date: Inachis io (Peacock Butterfly, now Aglais io) is a classic example. Others may be absent, perhaps recent arrivals in the UK. That needs a work-around, such as choosing the family, then adding the name in the notes. Also, it has some quirks around common names - especially if numeric or hyphenated.

iSpot “etiquette” is not to agree to incomplete panels. Agreements can make the failed attempt the “likely ID”, which is what iSpot searches by. Any subsequent revision to correct the error will need more agreements to shift the “likely” banner: effectively, the post remains “lost”.

A final note about ID panels. Users may want to add a hyperlink to another post or an external site, where there are more details about the subject. This saves typing in a lot of supporting information. But hyperlinks will not “go live” in ID notes: you have to copy-and-paste them into another browser window. The trick is to type “see link in comments below”. Then, when the ID is finished (and checked), you can add a comment with the hyperlink in it. That way, it will be “live”, and one click will take the user straight to it.

Use your Changes Tracker

This is a very handy way of checking up on your posts (and others where you have contributed, or added as a “favourite”). So, you can find out if someone has added an ID, asked a question that might help with one, or provided other input.

As new users come along, or new knowledge is acquired, it is common for quite old posts to be revisited. When a species is identified in a posts, iSpot will list other observations in the database. The dedicated iSpotters may then revisit these, to see if the ID can be “improved” or corrected: perhaps they will add comments or agreements. These will also appear in your Changes Tracker, and keep you aware of what’s going on.

I did this (draft) before reading the above which is excellent.
https://www.ispotnature.org/communities/uk-and-ireland/view/project/817720/
I feel that Community help pages should be illustrated - do you think?
.
In isolation such Guides are useless unless they are available to link when ‘giving advice’.
I also think such Guides should be brought together via a single ‘Using iSpot’ link on the home page
I have been quietly working on such things for a while - hence The Community Filter, Tagging and ‘Tips-for’ here
https://www.ispotnature.org/communities/uk-and-ireland/view/project/796619/
and
https://www.ispotnature.org/communities/uk-and-ireland/view/project/819772/
Projects drop from sight so quickly and it is rare to get constructive feedback.

There is an extremely annoying bug which happened almost immediately new version of ispot started and that is images can’t be put in new stories, articles etc. The system allows the images to be uploaded and they helpfully sit there but can’t be stuck in. This has always slipped down the programmers list of priorities but your comments here and Janice has also been pushing for this bug to be fixed for ages so now may get something done.

I really like what Amadan has written and also Derek’s draft project. Both are extremely useful. One addition might be to make it clearer to new users how to find their changes tracker. I know Derek has previously suggested it should be the default page when you visit ‘my iSpot’. It took me at least two weeks to find it when I started, maybe longer! I could see that others were noticing when I’d replied to a comment on one of my posts, for example, but I had no idea how they were doing it! Initially I didn’t see the difference between the activity tracker and the changes tracker and that made it harder to work out what was going on.

iFOCUS: Catching the worm has once again highlighted the dearth of useful data provided in many posts. There is often only the habitat (usually “gardens and parks”) to go on. Once you are dealing with species where a key factor is their microhabitat preferences, ID becomes even more difficult.
I suspect I am as guilty as any of skimping on the detail: I must make more effort to give the Clever People a chance with some of my more tricky observations. And users should be encouraged to provide more information. But I think that most will only do that if they see a “reward” in the shape of more positive outcomes.

Oh how true. iSpot could do the Nation, perhaps the whole World, a real favour by giving (illustrated) advice about how to observe.
How to overwrite ‘OLYMPUS DIGITAL CAMERA SYSTEMS’ in the Description Panel or perhaps going further than “as per photo” or “attracted to my actinic…”
.
I really need critical support here (currently my signature) 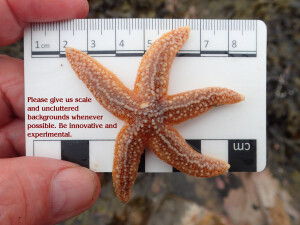 ❤️Tips for Better Observing - UK and Ireland : STILL UNDER DEVELOPMENT TEN Visual Tips and some suggestions for getting the best from iSpot . I

Teach me to preach: 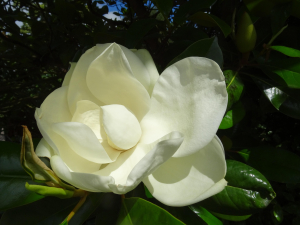 Highly pertinent comment! Well, I would say that, wouldn’t I…

I echo everything you state here, Sarah, except that it took me longer than 2 weeks! At first I learnt to just favourite my own submissions just so that I could find them again!