I was looking at, inter alia, some different evening primroses a week ago (I saw at least 3 taxa, biennis s.l., fallax and glazioviana).

According to the keys Oenothera glazioviana can be distinguished from the other species by the style branches and stigmas being held well above the anthers. But hybrids are commonly omitted from keys, and the descriptions are often scanty.

One of the plants I saw was relatively small flowered and had the stigmas above the anthers, but not by much distance. It could be a smaller flowered variant (either generic or late-season) of Oenothera glazioviana, but it led me to wonder what, for example, a fallax x glazioviana backcross would look like.

Does anyone have any knowledge of this topic?

I also failed to distinguish biennis s.s from cambrica, even with Sell and Murrell in hand.

Looks like R Murphy knows a thing or two about Oenothera hybrids:
Evening-primroses (Oenothera) of Britain and Ireland. BSBI Handbook No 16

The 18 species and hybrid accounts include a description, with notes on any infraspecific taxa, together with details on habitats and distribution. Line drawings and distribution maps are given for the most important taxa with some colour photographs.

Three date classes are shown on the maps, with the most recent being 2000+.
Detailed descriptions of the four recorded hybrids and their reciprocals are also given, even though only one of these, O. × fallax, is at present recognised.
Although 21 species are listed in Clement & Foster (1994), only 15
appear in Rostanski (1982), these being the most commonly reported taxa. In the present account O. fallax is also excluded, it is no longer regarded as a species (Rostanski (1982), Stace et al. (2015).

Had you thought about the cross between female O glazioviana and male biennis? This has a style slightly exceeding the stamens. The hybrids do also backcross as you know - try the hybrid flora? (I haven’t looked myself but would have thought it would cover oenothera).

Did my PhD on Oenothera (growing it, not the taxonomy) but would certainly not class myself as an expert. The plants have a very strange breeding system and considerable invasiveness which means that trying to pin down taxonomy can be almost impossible. See for example the following paper: https://link.springer.com/content/pdf/10.1134%2FS2075111711040138.pdf

You mentioned that you resisted buying Sell and Murrell for some time; I’m in the preceding state with the hybrid flora.

The paper on Belgian Oenotheras mentions that the late-summer/autumn flowers of evening primroses, especially of the large-flowered species, have smaller flowers that the early summer flowers. I had suspected something of the sort myself, but not of the magnitude or regularity indicated. (But the Oenothera glazioviana in my garden and allotment haven’t turned noticeably small-flowered.)

They do indeed reduce in size - but when may depend, I guess, on vigour of plant, local weather etc. It isn’t as pronounced a change when I’ve seen it as I might have expected certainly. 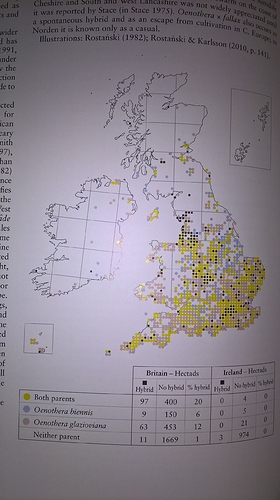 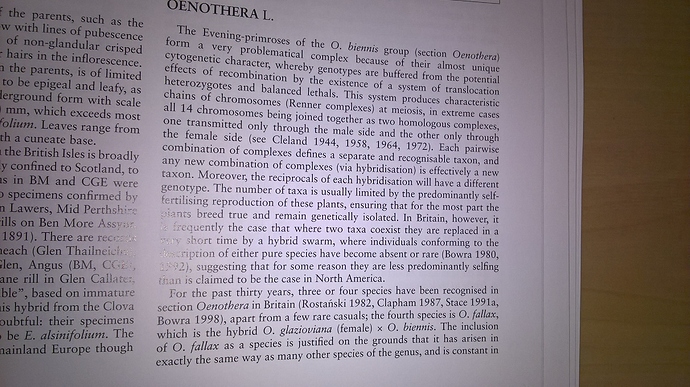 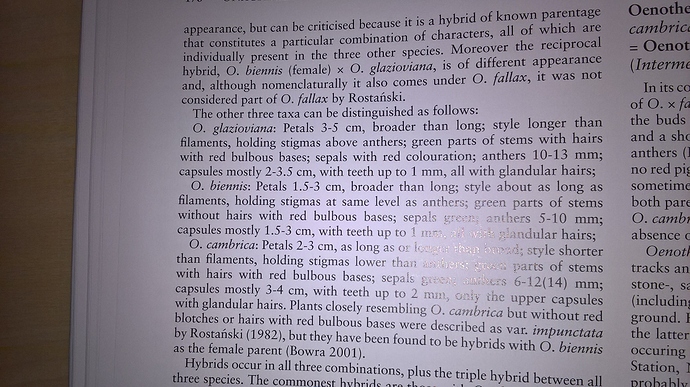 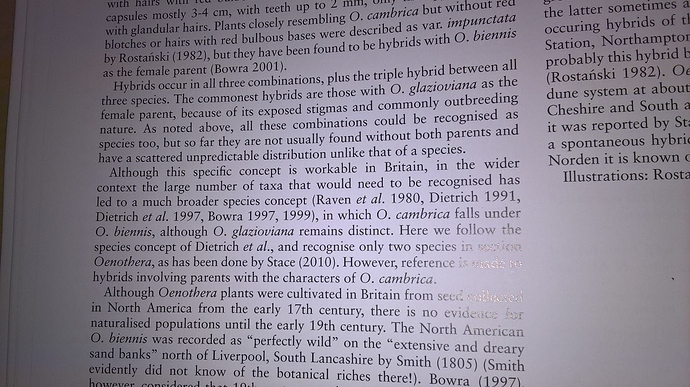 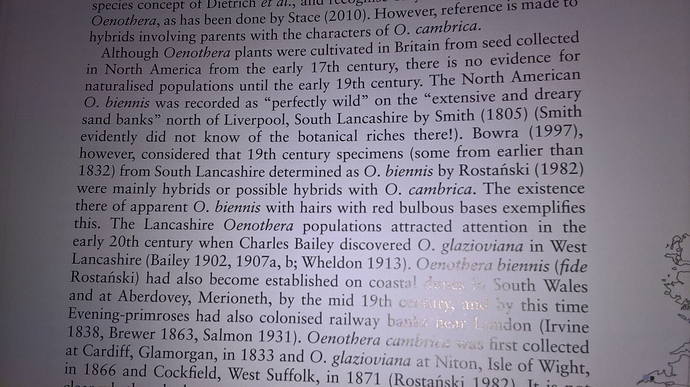 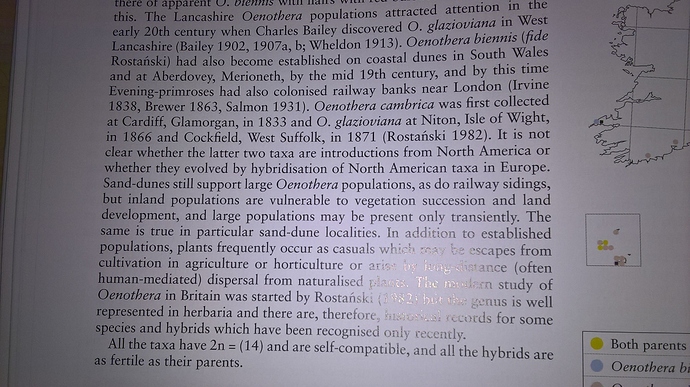 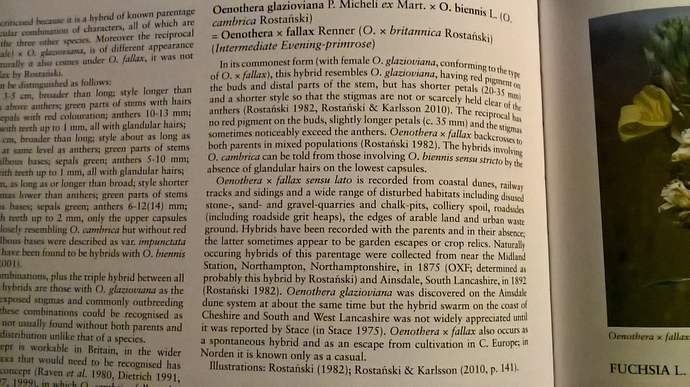 Not bad work thanks… It would be better if you typed it all into a pdf for us!
However, if this is the right one, we can MAYBE get it from Auntie Nora http://nora.nerc.ac.uk/cgi/request_doc?eprintid=511029

I’m surprised that it’s available; probably because the work was done under the auspices of CEH.

I don’t know what criteria they would use for deciding who is eligible for a copy, but if you say you want an e-copy to avoid the need to carry a hard copy in the field they might be sympathetic.

Well, it seems a kind request doesn’t work. There will be other routes
"_Thank you for your recent request. I am sorry we do not have a copy of this item available from our Institutional Repository. Your local library services may be able to obtain a copy for you. _