I am having lots of trouble COMPLETING picture uploads, I have reduced some to 400kb and still they hang up for several minutes right near the end of upload - anyone else? Please

Yes, regularly happening to me. I can’t remember when a full-size (5MB-ish) file last uploaded. Under around 700kB they upload most - but not all - of the time.

Yes, this has become a serious issue for me, living where I do. Recently I’ve had to reduce my photos to less that 700kb for uploading. What a pain to duplicate my Pix. I upload them and sometimes SAVE to the site one at a time. Means it takes a long time to complete my posts. I have to wonder whether the Server is slower lately at responding, particularly near the end of the cycle.
I guess that Colin may be on F’optic connection. My just-tested UPload speed is 0.3Mbs. Poor us then…

Do you notice much variation in down/upload speeds. All last evening my download speed was 3mb, I pay for 25mb download but it seemed upload speed was almost unaffected. They are putting in fibre optic all the way to some of the big houses round here so wonder if they are eating up all the connection.

Generally I think I suffer from Peak Period Sickness. I begin the day with 6Mbps down and 0.3Mps Up
Evenings and Sundays and a few other ‘peaks’ I am 1.3 or less Down and .22Mbps Up.
I know my Exchange 5ks of copper away is low grade, so I suspect peaks are caused by local internet users.
Even if I pay for FibreO I will still have nearly 2kms copper.
Until a month ago I was uploading 7Mb pictures - perhaps a bad habit - see Photo size restriction?
I DO believe, but obviously cannot prove, the iSpot Server sometimes responds extra slowly. Might it recognise me and my style?
What is your UPload speed on average?

I’m within a few 100m of an exchange and generally have pretty good speeds in both directions. I’ve not felt the need to bother with trying to measure them.

I don’t think the problem @dejayM and I are describing is a speed one. On several occasions I’ve left the computer overnight trying to upload a photo to iSpot and it has made no difference: the progress bar gets part of the way along and then everything seems to stop with, essentially, no traffic on my router.

My current solution is to use Picasa to e-mail to photos I want to upload to myself. This reduces them from around 1MB to a few tens of KB. I’ve never had any problem uploading these reduced files to iSpot.

Yes, that useful to know. I do not need to go to any special lengths but it is a pain. I open the picture, click resize and then reduce it via % to about 1/3rd or less, then save as IMG#### small (so as not to overwrite the original). I can later delete the smalls.
But I have the same uploading issue as described - hang up near the end and stay hung up. Lately I have added the same picture two or three times and, as soon as one is loaded, remove the others. I am finding it easier to add pictures one or two at a time, Saving (Uploading) the observation, then Edit to add more pix.
Why I should be one of the few who adds up to the maximum of 14 sometimes, I don’t know. I will NEVER be able to form a post with one picture. Perhaps I should go to an obser-therapist?

I have changed the picture
this is how it looks for up to an hour (overnight for Ian) or until I remove the difficult ones and try them again - I sometimes have three of the same uploading.
As you see here I have FOUR and the last one has uploaded, none of the others - (appx 2015 30th Aug)

I’ve just managed to post an observation, at the fifth attempt. Twice last night (around 8pm and just after midnight) the photo (c1100 kb) simply wouldn’t upload; this morning about 9 am I reduced the photo size to under 300 kb and it still wouldn’t load, but a few minutes ago I managed to successfully upload the photo.

I always found iSpot slow, even before last summer’s meltdown, but it seems worse than ever now, although the speed does seem intermittent. For what it’s worth, I live next to the exchange and don’t have these problems with any other website.

I think we are coming to the conclusion that the site is slowing down, that uploading stalls near the end of its process. I do not think this is to do with peak periods and may be something to do with the recent Hardware upgrade @miked

Systems people are wanting more info on the reproducibility of this issue. Suspect there are many possible causes. I will upload a bunch of observations over next couple of days to see if those are affected. Any details of times or speeds may be useful.

I’ve just uploaded a bunch of images between 1.5 and 7.8mb and all uploaded fine, the bigger ones taking longer but no more than a few seconds (I don’t have any fancy fibre to the house or similar). If there is a delay when uploading could you also have a go with one of the broadband speed checkers for the upload speed just to check it is not your line that is giving slow speeds at that moment since some lines vary a lot in speed. 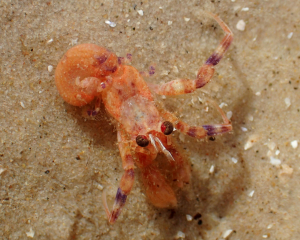 Observation - Brave little Henri - UK and Ireland. Description: A chance encounter with a very brave Hermit at the leading edge of a swiftly rising tide. Clinging

Systems people always ask for more info on reproducibility when you present them with an intermittent problem. I’ve found that trying to upload more than 2 or 3 images at once often (but not always) seems to cause problems where some of the images do not finish loading. I don’t seen an obvious file size correlation with this.

What I’ve taken to doing is uploading one image and creating the observation with just that then going back and editing it to add the rest.

Hmm. My problem is consistent and I have no speed issues with any other sites.It’s not a delay: the process just stops (as indicated by leaving it overnight and observing the lack of traffic on the router.)

I wonder if it could be a software issue? I use Windows 10 and Chrome. What do others use?.

uploading one image and creating the observation

Yes, I do that but hope no-one adds an agreement or a comment mean-time. It’s difficult to form the whole post (textwise) without all the pictures present. So I add a bold statement STILL EDITING. i have been known to take an HOUR to complete a post (and have abandoned a few). Yesterday 3pmish, the site allowed me to upload a 7Mb picture in seconds and then crashed to near impossible. The post you see above is loaded with bytes but has few edits. I have decided NOT to load the site with big pictures
Thistle too has a valid view - there is a consistency (yesterday at 3pm apart) which seems to simply hang-up mid upload process and, right near the end, appears to fail. At that point I usually add the same picture again to the queue and delete the hung up one - often works Ian.
This morning the Site is running badly, waiting for ispot, then the Google links and two or three others, as they all boot into the site. We are best keeping all the Site’s Cookies and not erasing ispotnature.org or google.com or google.co.uk ** at the end of sessions. I use Ccleaner a LOT
.
** any OTHERS? @miked

I tend to use firefox on win10 or win7 but also use IE (which seems slower) and occasionally chrome. Might be an idea to try with a different browser to see if the problem is just the same. Some people have had login difficulties with one browser or another then switched to another one and got in fine. I suspect this might be to do with what had been stored/cleared by the browser even if they had not realized it, some of the browsers make it rather awkward to find all the settings.

At least one cause of logging in problems was SSL version compatibility. The new iSpot requires the latest(ish) version of the protocol, but some versions of Windows haven’t been updated, and some browers (.e.g. IE) use the OS version of the stack rather than their own.

I’m wondering whether there’s a limit on the number of IP connections per IP address (possibly as a Slow Loris DOS defence) and maybe a connection leak in the JavaScript that iSpot runs on user computers. I regular get (on Chrome) “website is unresponsive” popups for iSpot; this doesn’t happen for other websites.

Good point I use Firefox (the most current release version not a beta) on Windows 10. Have occasionally used it with another browser (Comodo’s secure one if I recall correctly) but don’t recall any real pattern of difference.

I try never to use Internet Explorer.