Naughty step
WHERE have you read before that it is seldom wise to add agreements to Invalid Panels, thus preventing the whole observation from even being valid?
ONE sympathy agreement is fine
The naughty step is overcrowded this morning, you NINE!

I know… its just very difficult shooting down the poor person who actually got the ID right by superseding their ident. I have tried leaving something in the comments field suggesting they change it, but doesn’t tend to happen.

Without HBs interest here it would have remained so for a long, long time.

Feeling strongly about Dictionary issues or the site’s malfunction, or inflexibility of the ID panel is not helping anyone.
We need to nurture, advise and support the up-and-commings - Ethel is a good observer 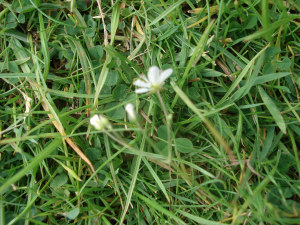 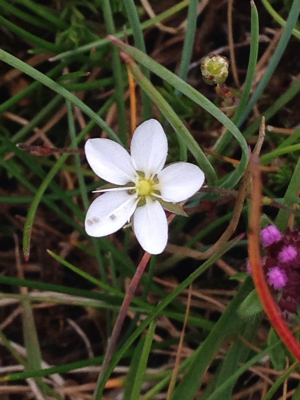 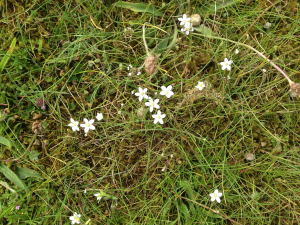 are all Minuartia vernas languishing undiscovered in with the Saginas - can anyone have a look and if they agree, shift the banner?

why should we agonise over it.

Precisely because Admin does not fix it or say anything constructive.
if NOone agonises then iSpot will sink its own gloom. Read Amadan here New users are leaving.
It has an EASY fix, correct the ID panel and leave a short constructive note, it takes seconds.
I am agonising, it interferes with my normal routines, but I will sheath m’ sword IF the consensus is it is a waste of time
I had a sneaky feeling yesterday that this (White weeds) was a protest against what we few are attempting - it is certainly blatant!

I don’t think technically speaking this is a bug, it is more to do with how the code was deliberately written and how the reputation system (correctly) works. It is also a mixture of issues some of which would be almost impossible to fix without causing more problems. I am not saying this part of the system could not be improved but rather asking to identify specific items that might be improved.

The old system seemed to be better but was that because it was easier to select species from the list or more obvious that this is what you need to do? Is this a matter of changing wording somewhere or trying to make the list more responsive to mouse or some other issue?

Once the ‘wrong’ id has been selected how to change to correct ID if the people with reputation who gave the ‘wrong’ ID have left the site without altering the whole reputation system?

The bug is that iSpot requires you to select the name from the drop down list. It shouldn’t make a difference whether you typed in the name by hand or selected it from the drop down list - it’s the same (botanical or zoological) name, and iSpot should treat it the same. Things are a little more ambivalent for taxa not in the dictionaries, but iSpot could be more permissive about those as well. (My last few run ins with that were Allium trifoliatum, a rare but probably underrecorded alien, and Narcissus aureus, where iSpot accepts neither that nor Narcissus tazetta subsp. aureus, and Sambucus nigra f. porphyrophylla - I’m not chuffed about have to defer infraspecific names to the ID notes.)

Yes, thanks Mike. It has always been an issue and so we have more than 2400 Invalid Obs before 2014 and plenty in 2009. I think the trap, producing an Invalid Panel is fine, without it, the place would be messy with interesting Common names and Scientific name misspellings. If the ID system simply refused to co-operate, then those who just keep trying to add sp. would just leave in frustration and anger!
The solution is easy - regular users correct the ID. It is not a very big ask.
I remember small fixes having BIG adverse affects in the recode period, so I don’t think this one can be fixed without massive recoding - best wait for that.

I still can’t understand why the glaring faults in the reputation system havent been fixed, eg https://www.ispotnature.org/communities/southern-africa/view/observation/666303/tiny-blue-crabs as mentioned in Likely ID algorithm
Here for no good reason 4 ikons & a knowledgeable trump 5 ikons & a knowledgable. This has to be a bug

Could it be the continuing Austerity at the OU, as at many Universities and Colleges?

Agreed, whole-heartedly. I wish I could down-grade my reputation a little: the levels really don’t reflect my skills. I have been corrected by more knowledgeable users (judgement of this based partly on their contributions here, their “fame” on other wildlife sites, and in one or two cases from personal experience), only to see the “likely” banner fail to shift. My agreement to their shot sometimes remedies the situation, but not if there are others in the mix.

It is quite easy to garner 5 badges - you can probably cheat a bit (if you wanted) by posting lots of easy things, and continued use of ISpot over a few years will get you there in time anyway. Doesn’t make you an expert… I have 5 plant badges and still get things wrong a lot of the time.I think part of the problem lies in the departure of many of the gold-badge-ers - for plants, these were vice county recorders and other genuine experts, and quite rightly, they were able to ‘outweigh’ the opinions of others. Now we have lost them, there is nobody sufficiently heavyweight to pass a casting vote.

Banners please
A couple here https://www.ispotnature.org/communities/uk-and-ireland/view/project/782923/short-test
ONE left
Thanks

quite easy to garner 5 badges

I am not so certain, I think you need to have 500 or more observations (no simple matter unless you deliberately and endlessly post simples) and it requires a reasonable score in other zones including maybe well over 3000 received agreement-points… I may be close to 5 icons and it will certainly make me more cautious and I may not be so free with “I’m as sure as I can be.”. ‘4 & 5 icon advice’ is VERY welcome in comments.

image.png785×209 11.8 KB
I do not think the ‘Reputation’ system is bad here and, generally, the algorithm for Banners works VERY well, despite very few well known cases where the 2017 code is probably yet to be invoked - see my very recent one here https://www.ispotnature.org/communities/uk-and-ireland/view/observation/7771/ - comments.
dejayM July 12, 2019, 1:38pm #74

But my case showed my invert reputation (4 badges) trumped Tony Rebelo’s 5 badges, & I noticed this at the time. Is it the case that my july 2017 reputation was pitted against his Dec 2016 reputation? (& even then is it likely mine was greater?)

That’s my understanding. Something like each ID has a fix score based on the reputation of those providing the agreements at the time they were made, the new reputation is then added to that.

Pretty sure it doesn’t dynamically recalculate each time a new agreement / ID is added (or you would get odd results where someone adding an agreement to a LikelyID could shift the LikelyID to a different one when the reputations are recalculated).

I used to agree. But this is disproved by removing the agreement, then adding again. There are a few new and very cases where balance (the calculation) is badly flawed. I have recently had plenty applied in my favour when they should NOT have been. I always pass these specific cases on to Miked as evidence for him to use when the occasion is right.