One odditity is the following statement: ’ Non-recommended synonyms for Arthropoda are: Arthropoda’
I don’t know if that is a problem or not - but it raised my eyebrow.

Plenty of those in the Dictionary Browser. Odd, really odd!

Does anyone know if common names can still be edited “safely”? The post here is a candidate for such: 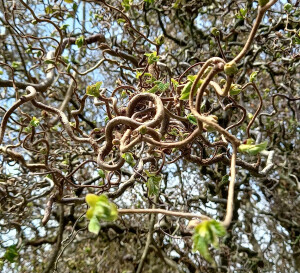 The tree could be taken to species, but the contorted variety isn’t in the list.

Just going back to the Arthropoda issue that Ken mentioned, the dictionary entry looks very odd, and Arthropoda itself comes up as ‘other organism’. I’ve just created a test observation to show this - see Testing testing | Observation | UK and Ireland | iSpot Nature

common names can still be edited

They can…you can delete the existing name and substitute BUT only at the time of making the Observations. You run the risk of the ID being rejected or diverted IF you add a name already accepted in the Dictionary as a common name.
I am thinking if you used the common name Robin for your Pet Dog the Dictionary might rebel.

Passed to the Coding team again.
There is a need to review the Group issue, particularly the Other Organisms one but we really need to see some progress being made with the very high Taxonomy Issues and possible experiments with, say, Slime Moulds in a Group of their own and perhaps separating Fungi from Lichen.

These are the from the NHM Dictionary so I do not think the Coding team @miked @Chris_Valentine has any control.
But we should wonder if it is necessary to suggest that we should not use names no longer in the Dictionary
Here’s a long one Graphis scripta | Species Dictionary | UK and Ireland | iSpot Nature

A small issue with ‘Bruchus’ that I’ve just found. I identified a beetle as ‘Bruchus’ and choose the second item in the drop-down that just says ‘Bruchus’. However it obviously didn’t link to the dictionary properly, even though it looked as if it had, because no other obs appeared, so there must be something wrong with it. I revised the ID and choose the first item in the drop-down and it’s now fine - Beetle for i.d.please | Observation | UK and Ireland | iSpot Nature

A browser issue. Chrysomelidae | Species Dictionary | UK and Ireland | iSpot Nature
.
There are two entries for Bruchus (genus), the one with no Observations should be removed or have a suffix - perhaps sensu (‘as understood’).
They are both in the NHM Master Dictionary
Bruchus Linnaeus, 1767
and
Bruchus sensu Fowler, 1890 partim non Linnaeus
(not attributable to Linnaeus?)

.
Thanks, It is not such a minor issue… I am not certain why no-one from the MK Dictionary team is responding here. We ought to be constructively influencing the NHM dictionary. We could be offering lots more examples of Dictionary Issues, errors and omissions.

Potentially difficult for the casual user.
There is no apparent differences between the two ID boxes, as far as I can see. Without the comments requesting people to opt for the second (and most of us have missed comments on occasion), there seems no way to know that the ID is faulty: unless it is not revised, when the absence of Other Observations might be a clue.

I have clicked the button that takes the version of the genus without any observations or child taxa out of the species browser and indeed it is gone from there now. Making things clearer in the dropdown list is more tricky given there are so many synonyms - this is just messy nature and a taxonomy that has evolved over hundreds of years.

Thank Mike…
Interesting isn’t it that Sarah is the only one (of 14) to add an ID for that specific (bad) Genus.
Perhaps it was not in the Old Dictionary
It has NOT gone from the Drop-down though - the one without a synonym is still the offending one 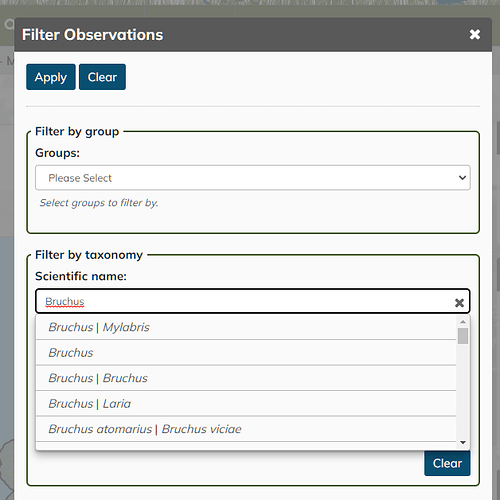 I think most users would prefer to see only 1 entry with perhaps the words Leaf beetle beside it.
All four genera in the illustration above lead to an ID, one is best not used but there is no way to tell.
.
Few people realise that if you type the known synonym into the Sc. box it will offer the up-to-date name
Nor that you can test any time by starting an Observation then abandoning it (quick test of name viability only) 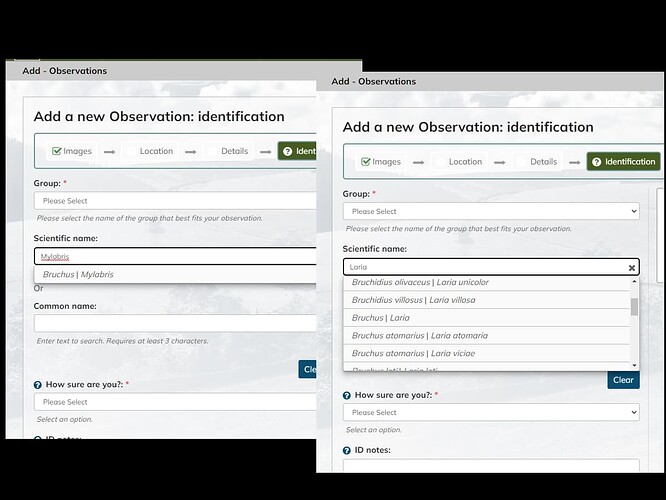 I have clicked the button

If it is possible to ‘click away’ entries not needed or undesirable, then a glance though this (and other High-taxa browsers) suggest to me that you might be able to rid us of potential difficulties.

Fungi - Species Dictionary - UK and Ireland : iSpot Nature - Your place to share nature. iSpot is a website aimed at helping anyone identify anything in nature. Once you've registered, you can add an observation to the website and suggest an...

Unfortunately it only removes them from the species browser, they are still in the dropdown lists it seems. More heavy duty coding to remove them from there and Chris is busy with lots of other things at moment.

entries not needed or undesirable

Why might Balsamiaceae be in the Fungi Browser?
Is there ANY mileage in YOU forming a group of Taxa-investigators, reporting to you, so that Chris Raper knows we are REALLY interested in the Master Index?

Have removed it from the species browser. Yes it would be good to send ChrisR a series of items to remove from the UKSI, but will need the NHMSYS0000065799 - (Balsamiaceae) code number as well as the name as shown here.

And so do you want volunteers or will you approach ‘us’? It is best not to work in isolation and probably not list them here as the thread may get unwieldy. UNLESS we just add NHMSYS number, the Sc.name and not much text or reasoning.

But there are also simple iSpot issues like two entries for Pisces, one without Observations (flawed?)
but impossible to know which from here Species Dictionary | Natural History Museum

Or complex ones like the (Unranked) Parasitica (Infraorder) NHMSYS0020470430
for which there are 12 ‘lost’ observations in Other Organisms? egg cluster | Observation | UK and Ireland | iSpot Nature
.
I found NHMSYS0000065799 - (Balsamiaceae) completely by accident (luck)
So this probably needs systematic collaboration by a small team 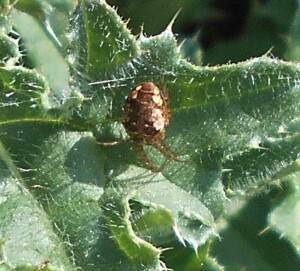 Observation - Unknown Spider - UK and Ireland. Description: This looks like a common garden spider with shinny sequin like spots on its back. Resting on a cree

Where “Arachnida” has been put into Other Organisms.