Russia is having problems with giant hogweed (a different species of the group) which puts ours in the shade. Wow!
Almost enough to make me nostalgic about the days when all I had to worry about was Himalayan Balsam.

Спасибо
causes “…gross violation of the [our] Chromosome Structure”…"
It is a very good commentary - please watch it through!

Very odd, I had written quite a lot about this in early years of iSpot and was sure I had put on a number of observations but I can’t find them now. Had also written about it for a blog associated with BBC perhaps 15 years ago so that probably does not exist anymore.
Interesting how these things are ‘discovered’ by new people every few years. 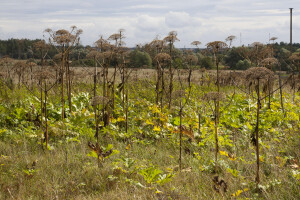 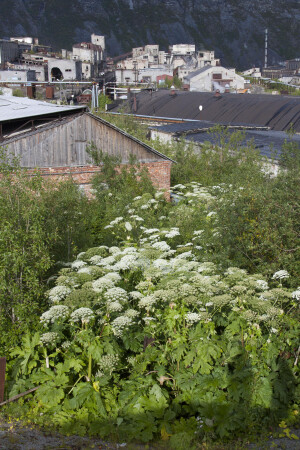 The next video on YouTube showed a bloke in Norfolk cutting H mantegazzianum with a scythe. He’d found that if he cut it early, it regrew, but if he waited until it was well in flower the plants died without seeding. This needs tried on H sosnowskyi - but they’d still need to cut a vast area of it all at once.

I suspect it does not work
Do I remember it being mentioned in the commentary?
There is a good read Heracleum sosnowskyi (Sosnowskyi's hogweed)
“…the seeds can survive for several years in the soil”
“Except for root cutting, mechanical control does not cause the immediate death of the plants.”
“Removal of umbels can be as effective as cutting the whole plant, but this control method often fails to prevent seed production due to the high regeneration potential”