Mainly for - @JoC - I stumbled across this when refreshing an old observation (add the link later) where you showed your interest Jo,
The trail 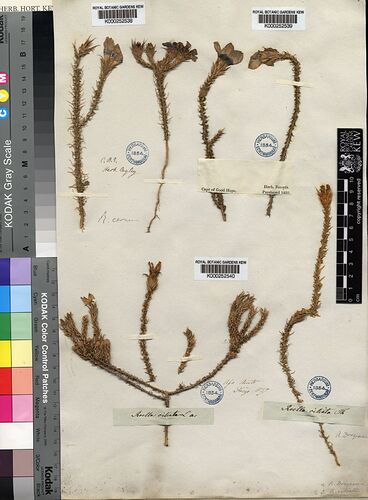 This species is accepted, and its native range is Cape Prov.

led me to this 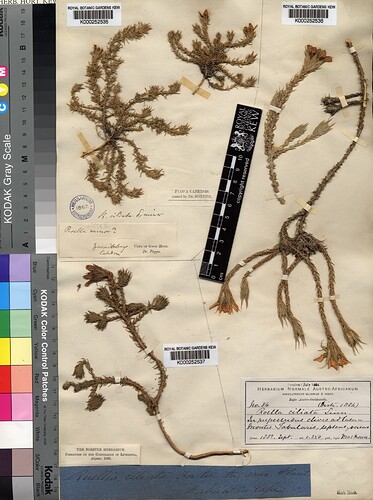 BOTANISTS will learn with pleasure that this herbarium, a portion of the collections of Cook’s second voyage, has been acquired by exchange from the Liverpool Corporation for the Kew Herbarium; and it will be incorporated in the general collection. From the introduction to the “Catalogue of Plants” in the Botanic Gardens at Liverpool, published in 1808, it appears that the proprietors of that establishment possessed, at that date, about 3000 specimens of dried plants, “collected by the late Dr. Forster in his voyages to the South Seas, with large and valuable contributions from his friends and correspondents.” How these plants came into their possession is uncertain, but they could hardly have been presented to them by Mr. Shepherd, the Curator, as stated by Sir Joseph Hooker in the introductory essay to his “Flora Novæ-Zealandiæ,” or his name would almost certainly have been mentioned as the donor. At least this may be inferred, because on the very next page a very high tribute is paid to Mr. John Shepherd for his services to the Garden. Be that as it may, the collection will shortly be accessible to botanists generally, thanks to the perseverance of Sir Joseph Hooker and the sensible view of the matter taken by the present members of the Corporation when it was represented to them that these dried plants were practically useless where they were, but would be valuable at a botanical establishment like Kew. This act of the Corporation deserves to be recorded, because some thirty years ago, when Sir Joseph Hooker was engaged writing his “Flora Novæ-Zea-landiæ,” he applied to the then custodians of the collection to transmit it temporarily to Kew for comparison and publication, and his request was refused.
https://rdcu.be/cENn9
Hope this is the way to share 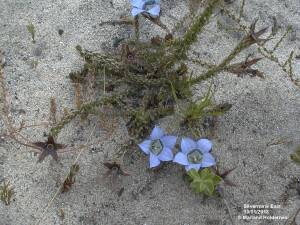 Roella after the fire, Silvermine - 2000

A very interesting story from the archives of how botanical collections are ‘lost & found’. The BSBI journal recently had a feature on a collection found in the Butler’s Pantry of a former country house. In that case too there were doubts about the collector. No doubt there are other collections in similar situations.

Campanula ciliata sounds such a likely name… the genus has lots of species that are hairy….and there is an accepted C. ciliata in What might be called the Russian Federation. Campanula ciliata Steven

I have a 1951 book (all black & white photos in those days) which attempts to cover all known species of Campanula, a genus which, in Crook’s view, is limited to plants of Northern hemisphere. He mentions Campanula ciliaris as a synonym of Roella ciliata but he does not cover the Roella genus. Presumably because it is Southern hemisphere genus and R. ciliata is even more limited in distribution (i.e. Cape).

I was in correspondance some years ago with a PhD student who was working on the taxonomy of the Campanula. I wonder if s/he completed….

I wanted to add a photo to this comment, but I can’t see a suitable icon.
EDIT: RE PHOTO, dejay helped and now I see the photo icon is button in the header of this comment box.

This site has some of the endemic Roellas: http://opus.sanbi.org/bitstream/20.500.12143/3779/1/Roella_PlantzAfrica.pdf
However I cannot yet distinguish R. ciliata from R. triflora, but it’s been rewarding journey to get here & maybe were not finished yet. …

Later EDIT: this document https://www.sanbi.org/sites/default/files/documents/documents/strelitzia-29-2012.pdf
Page 453 has descriptions. The difference between R. ciliata & R. triflora is that R. trifolia has a hairy ovary and that of R. ciliata is glabrous. I’m not sure that’s going to be a observable in most Roella posts on ispot.

JoC…you can drag or copy/paste a photo (best with one less than 1Mb)
R. ciliata ‘discourteously’ copied from roncorylus | My family tree is full of nuts! | Page 9 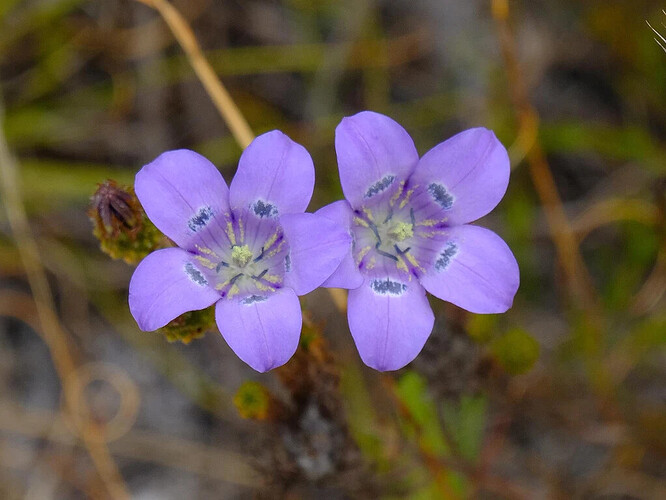 Thank you and counting
Jo 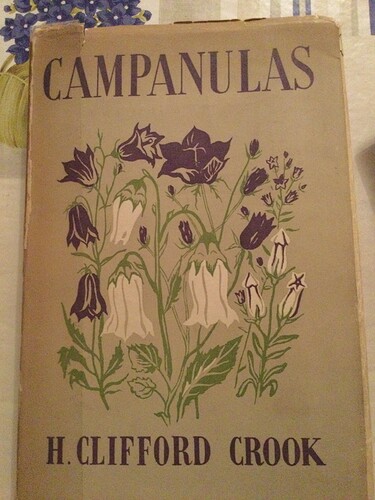 Enjoyed that - took me back to my early youth when a friends parents took me up one of those trails into the mountains - we swam in a brown-water pool, below a waterfall, with the Disa uniflora growing above our heads.
Nostalgia.

Disa uniflora, the red disa or pride of Table Mountain, is a South African species of orchid in the family Orchidaceae. It is the type species of the genus Disa, and one of its best-known members. It is occasionally referred to by its old name Disa grandiflora. Its range is restricted to the Sandstone Mountains of the South Western Cape, South Africa, west of Hermanus to Table Mountain and northwards into the Cederberg Mountains. It is common on Table Mountain, and the Back Table, but is rare...