Viscum for Jo and Derek

@JoC @dejayM
Thought you’d like this one JoC the POWO links are rather nice. 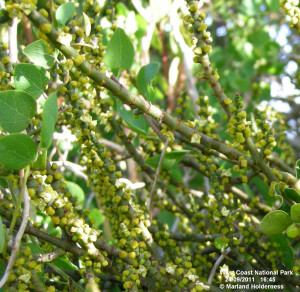 Then for Derek - I thought I’d scroll through the links from GBIF
Can this be correct? Redberry Mistletoe 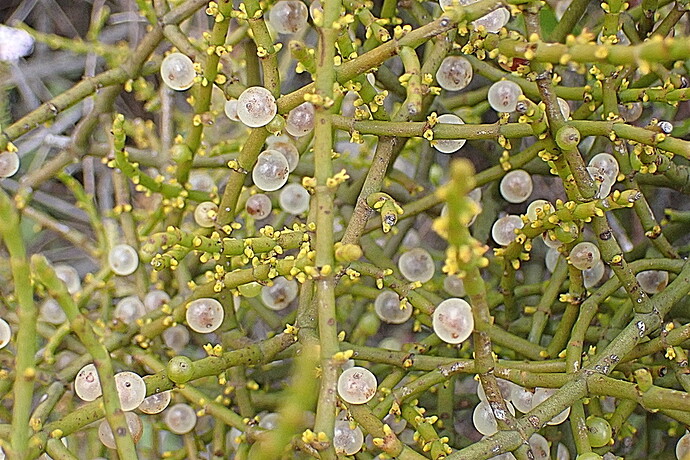 Does anybody check?
Maybe I’m mistaken.

On the September post: This was interesting, thank you. Specific name reflects the leaf shape, common name the berries.

The POWO link has a detailed description (oddly some sentences repeated, presumably needing to be proof read later). It claims it is native to SA and the type specimen comes from there.

The SANBI Red list link says not endemic to SA.

So this suggests that Native & Endemic are different terms for distribution; this was a timely reminder for me to check them out.

My go-to glossary (Featherly 1965) has Endemic as “native or indigenous”.

So, at some point (when anyone?) the terms have been become separate terms as in Endemism - Wikipedia

The gbif link shows the distribution of V. rotundifolium; can/should we say it is endemic to Africa (the continent)?

The Cape Flora (thanks for giving the page 729) has several Viscum with roundish leaves; two have orange berries ; as your post is dated September it suggests V. pauciflorum. Can you say why you chose V. rotundifolium?

Looking forward to seeing your response.

OK - First - ENDEMIC I read as only found in RSA and if you see the Redlist map it spills over into neighbouring territories (no passport required)
http://redlist.sanbi.org/species.php?species=4088-29
Then I chose V. rotundifolium because I was so thrilled to see the leaves in my pics and this was the one covered in my West Coast and Namaqualand Guides (until recently I thought all were V capense).
Checking again now to see if I can find more and see that JSTOR (Flora Capensis) has them all lumped together - Viscum rotundifolium in Global Plants on JSTOR
For the moment M
PS Jo - do you think that a novice would find the extra info interesting? - hoping to make them so.

Don’t know why I never went to Dan Nkckrent’s site - I use it for Thesium.
This just to give you a taste of the pages
http://www.phytoimages.siu.edu/imgs/paraman1/r/Viscaceae_Viscum_rotundifolium_85418.html
I may need to see how this can be displayed 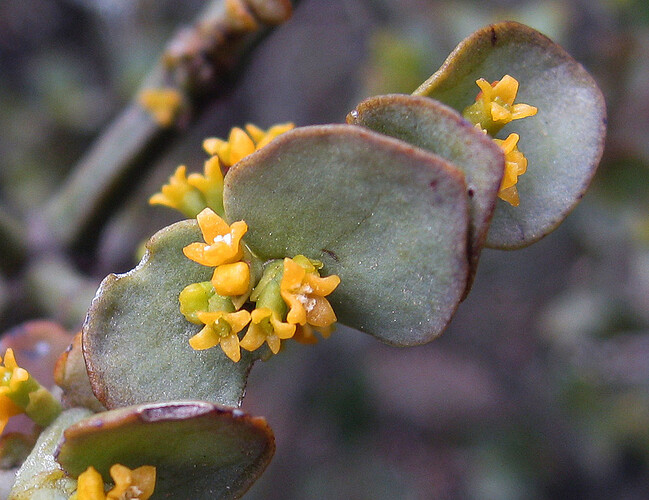 Thanks for the clarification Lavaterguy

I am asking for some clarification.
The leaves which you were thrilled to see….
Which leaves are you looking at? Can you annotate a photo with an arrow?

The large round leaves on a sprawling stems in photo 1 seem to be longly petiolate and alternate, which does not fit any of the descriptions of Viscum leaves which are opposite.

The DanN website images are excellent, thanks for sharing that.

This is becoming a very educational post for me, thank you. I will have more to contribute as this progresses.

Another website i using more often is the Swedish one with the L.f specimens
This Hemimeris is also one that needs proper investigation - just the odd pic is not enough. tagged myHemimeris - my shot and 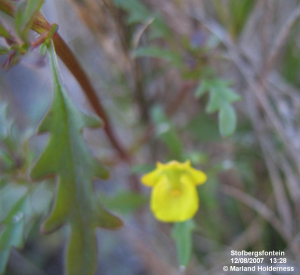 the Swedish to compare leaves 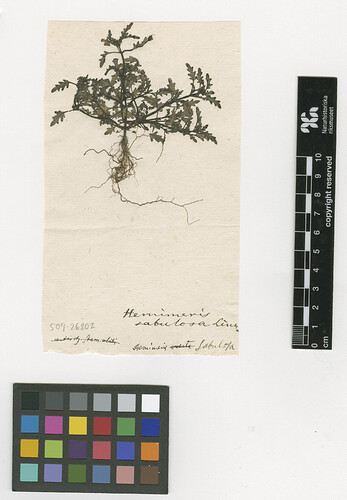 You’re correct about my leaves - the ones on the left with the long petiole are possibly from another twining species - see the thin stem.
Then the other leaves, close to the red fruit may well be a Rhus (can never remember the new name - Searsia) not sure about red fruit though.
So the next thing, that should be a clincher, is if this plant is monoecious or dioecious and this I can’t make out.

There are several stems with clusters of yellowish 4 partite flowers which I assume are Viscum flowers, but there are no associated large leaves on the stems with these flowers. There are, in places, small triangular leaves/ bracts on one stem where flowers might have been.

In the cluster of red berries there are small two pale
green structures which could be a pair of leaves.

Added tonight the Rhus/Searsia - which provides the support for all the climbers and parasites.
I don’t think I’ve got pictures of them on their own on the West Coast.
Note the berries which are the same, and made me think I was seeing the fruit of the Viscum 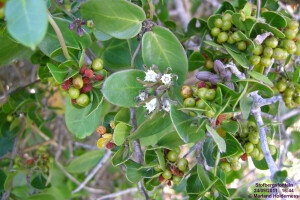 Photographed here with the Cynanchum - another one to ponder.