Why don't they look to the microbes to solve Brexit? 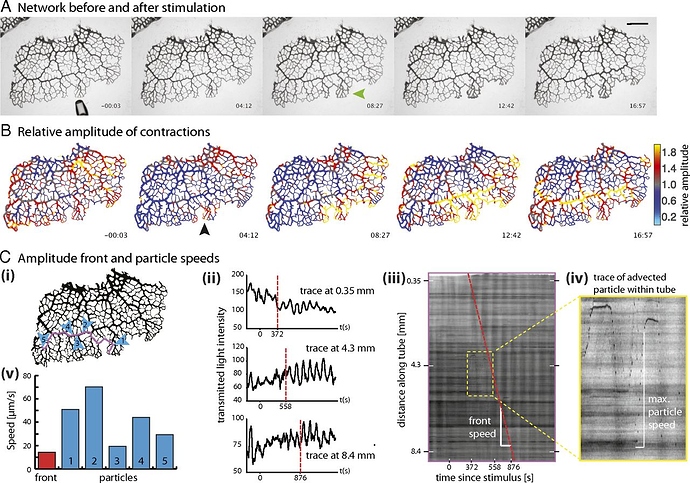 How do apparently simple organisms coordinate sophisticated behaviors? The slime mold Physarum polycephalum solves complex problems, for example finding the shortest route between food sources, despite growing as a single cell and the lack of any...


Slime moulds are excellent at finding the best solution to complex problems, it is just a matter of devising a suitable maze for them to solve.
JoC February 13, 2019, 6:59pm #2

I think that might prove toxic to the poor creature…

Possibly not as they have tried slime moulds on lots of different mazes including those with toxins and the creature is very good at getting round the bad bits.

The real trick will be to create a suitable maze which I suspect in itself will be very useful for the politicians as they will have to make concrete all the places they want to get to and all the obstacles.

Red tape.
Any mould used for the task would need the food-incentive - red tape, hot air? Not viable, it has to be nutritional.
There are some very effective virii that can infect ‘programmes’ - Brexit is a programme but without logic, so I suspect that’s out of the question too.

"The last reply to this topic was 342 days ago. Your reply will bump the topic to the top of its list …" Oh dear, not long to go now…

From this website on how slime moulds operate - “Each cell of the slime mold is brainless. When they come together, there is no more or less order than there was before.” Does this only describe slime moulds? How can a organism with no brain be as smart as us?