Group vs Agg. (and some extra characters to get over the minimum)

I dont know in this case, but typically an aggregate is a group of similar species that are very hard to tell apart. Aggregate will be a more technical term, more specifically where this group is formally defined as an aggregate group.

Group could also refer to a subgenus, section or superspecies - in this case a group of closely related species that are not that difficult to tell apart.

In iSpot at present “group” means any taxon, from Kingdom to subspecies. There is no reason why “group” should be used at all, because the iSpot dictionary has the rank of each taxon - and these should be used instead.

I think this may be the reference defining the group:
https://www.google.co.za/url?sa=t&rct=j&q=&esrc=s&source=web&cd=12&ved=0ahUKEwjemJ2ApuTVAhVlCcAKHeI5BUcQFghWMAs&url=https%3A%2F%2Fwww.researchgate.net%2Fpublication%2F260255766_Chrysopa_vulgaris_Chrysopa_perla_Chrysopa_carnea_Chrysoperla_carnea_komplex_Tevedesek_osszjateka_idehaza_es_vilagszerte_Chrysopa_vulgaris_Chrysopa_perla_Chrysopa_carnea_Chrysoperla_carnea_complex_Come&usg=AFQjCNFtxrCnzyEDg-SESvE2fdwn-0V6dg

Wiki suggests:
Chrysoperla carnea was originally considered to be a single species with a holarctic distribution but it has now been shown to be a complex of many cryptic, sibling subspecies. These are indistinguishable from each other morphologically but can be recognised by variations in the vibrational songs the insects use to communicate with each other, which they especially do during courtship. (https://en.wikipedia.org/wiki/Chrysoperla_carnea)

Note in this case that the aggregate species is strictly a “subspecies aggregate” - a collection of subspecies within a species, as opposed to a group of closely related species.

Wikipedia defines “aggregate” in taxonomy as “A grouping of closely-related species that are treated like a single species for practical purposes.” That seems quite clear.

I think I’ve sometimes seen “group” used within a species or an aggregate to lump together subspecies or micro-species that are considered more alike than other members of the taxon - maybe it can be used at other levels too.

The OED has this:

1859 H. C. Watson Cybele Britannica IV. ii. v. 64 Hence arise the differences as to aggregate and segregate species; some botanists combining more, other botanists dividing and subdividing on slighter differential characters.
1937 A. H. Wolley-Dod Flora Sussex 58 Arnold says that aggregate tricolor is rare in West Sussex, and all segregates of arvensis are rare in Div. VI.
1958 Brittonia 10 160 It goes without saying, that for critical work in ecology or phytogeography, accurate identification should always be aimed at; but in practice, the aggregate species will often have to be used.
2006 P. Sell & G. Murrell Flora Great Brit. & Ireland IV. 121/1 Until the start of the twentieth century only a few aggregate species of Taraxacum were recognised in western Europe.

All rather meaningless as the term is not defined strictly in terms of botany or zoology. Wiki and OED are not what governs strict taxonomical use: they merely summarize some ways in which it is used.

I asked our fastidious taxonomist and got the following:

A. Short and sufficient answer:
Neither “aggregate” nor “group” is regulated (or indeed recognised as a taxonomc rank) by any of the three codes that I have a grasp of.

==1==
“Group” is a useful and easily abused term that may refer to any conglomeration of taxa at any rank that are referred to as … well … as a group. “Group” is an informal categorisation without defined circumscription which is used because it may be useful, but which is bound to differ over time and among groups of speakers.

“Group” on its own needs not have any phylogenetic meaning (i.e. needs not to be monophyletic, or even meaningful in any evolutionary manner). Some wild such examples would be “the group of warm-blooded vertebrates” or “the purple daisy group” or the “antelope group with horned females”.

“Group” may, on the other hand, be useful and even phylogenetically sensible/defensible, e.g. as in “species groups” within a genus-group taxon, or “genus groups” within a family, etc. These would preferably each be monophyletic, but in real life they most often are not. As handles and tools they are, however, frequently very useful. In large genera with unknown phylogeny such “species groups” are ubiquitous, and most often really useful.

You may ask why such a “group” is not rather ranked as a subgenus or similar, to which I can only say that
(a) I do not know, it’s a historical thing;
(b) it’s better not to place such groups of convenience in formal taxonomic groups when their monophyly is unproven.

==2==
I’ve first seen or heard of “aggregate” only on iSpot and, from there, in the sources that feed iSpot, like NBN. I’ve never understood it. I found an attempt at a definition in a completely odd but entirely useful GBIF document, authored by one of the greatest living mavericks in biology, O.B.E.

(What the heck, let me attach the document. I’ve actually been keeping it from you since forever, because you are a maverick also and the book irreverent. Many of the ideas therein are rather peculiar, much like some of your ideas. I’m going to regret this gift in future.)

==3==
There is no logical relation between “group” and “aggregate”, for the reasons both that they are not robustly defined epistemologically or operationally; and because they have no necessary phylogenetic content.

Don’t even get me started. You don’t have enough time, I may project. Or I may allege not to share my pearls of mind with a paraphyletophiliac. The take-home message is that “aggregate” and “group” are terms that look for trouble, and should be avoided when not explicitly defined in every single instance. Even retrospectively defined for the many “groups” of anything in the heritage literature.

• That Hungarian congress abstract is superb reading. Yeah, the carnea problem does not go away. Perhaps it’s not a problem, but a challenge, in the Zumian sense.
• All these comments are CC BY 3.0 ZA. I don’t want to become involved in the forums at this stage. Except for the dictionary update forum, for which I have a thick ream of things pending.

Cheers. Thanks for cheering me up. 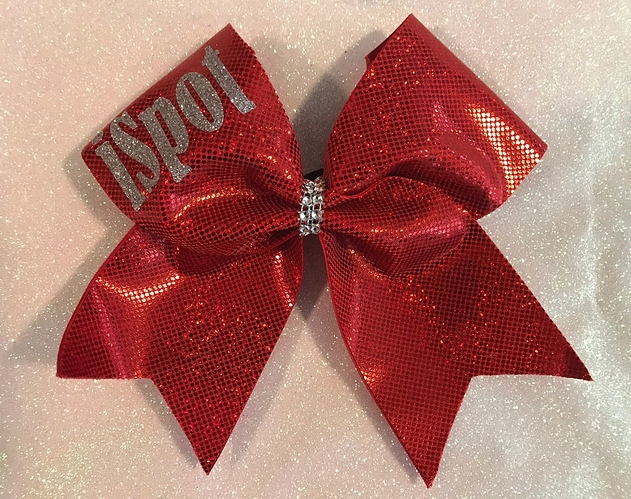 Many thanks for the complete and helpful replies.

I asked the same question on the British Museum site. With his permission I attach Chris Raper’s helpful reply below.

It’s a good question and I’m not sure that there is a definitive answer. With taxonomic concepts like “agg.” or “group” actual difference is a bit vague but they all refer to a concept that contains/encompasses more than 1 species. The terms get used slightly differently by different taxonomists too (hence the inconsistency) but in the UKSI these are usually “recording concepts” - allowing people to make a biological record which isn’t specific to a single species. Often recording schemes decide that knowing that one of (say) 2 very closely related species was seen is better than having no record at all.

Lepidopterists tend to use “agg.” to relate to species that are impossible to split without dissection or DNA analysis … so things that an ordinary person might not be able to record if it weren’t for the non-specific/vague recording concept. I tend to use “group” to relate to closely related species of fly that need dissection of males and I would fall back to the “group” for females or for records or undissected males.

Other concepts like “sensu lato” (in the broad sense) and “sensu stricto” (in the strict sense) are used more taxonomically and usually appear in pairs. They get used where a single species is split into multiple different species. After the split you need a concept to record records that were identified prior to the split (sensu lato)

This helps me quite a bit, so thanks for the effort.
Where can this be put for reference in iSpot? The forum is OK but there ought to be a place where only Curator’s have edit access and which forms the basis of a National Indexed Reference Database (NiRD) ha. find a way to make this stuff available to everyone IN iSpot. @Tony_Rebelo @miked

Well this belongs in the forums, but a stable and logical forum that documents things, rather than this chatty and linear and unreferenced forum.

For instance, how on this forum does one find the L0L0 Bug?

Based on how I’ve seen it used is that aggregate is used in the vernacular name for things that were formerly regarded as one species which have now been split (analogous to the use of sensu lato in the scientific name). Group is used for things that have always been taxonomically distinct but which are difficult to separate without examining characteristics not available.

But I don’t think the terms are rigorously defines so may not always be used consistently.

Easy, YOU need to put it where it belongs - Bugs Alphabetical L

So where do Complexes fit, as in Herring and Lesser Black-backed Gull complex

I suspect they are just ‘complex’. If I had to guess I’d say that is a set of things that are closely genetically related, distinct species and identifiable but do not form one of the accepted taxonomic ranks (family, sub-family, order etc.) so a different term is used. Whether a ‘complex’ has to be a valid clade is not clear (although it feels to me like it should).