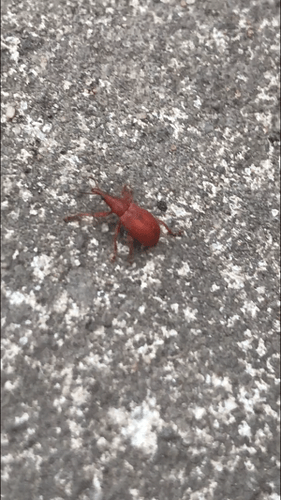 Small red beetle in my garden

There needs, I think, to be some agreed way of tackling this problem.
I added the general ID, not having the skill to go further. Graham (healeygf) knew enough to go to species. But my inflated reputation held the likely ID with my broader offering.
OK, there is no easy way to code things so that the system “knows” that my reputation exceeds my knowledge (IMHO), being gained mainly through long service and the IT equivalent of verbosity.
But the only way to tip the balance is if someone “good enough” then agrees to the revision. And, with the more difficult or less popular organisms, that doesn’t always happen.
In this case, I resolved it by adding the agreement myself. I was fairly confident (as a result of “being given the answer”), but in some cases I really am not sure enough to do this.
So:

I recognise the problem. Martin Harvey gave me an expert badge for invertebrates but nobody can be an expert in all of them. I don’t know many moths but I’ve sometimes hazarded a guess when posting a moth obs and then found I was wrong but it is hard to shift.

One answer would be to have more nuanced expertise. Aquatic beetles are really my thing, so my expert opinion should be restricted to them.

As Amadan says, being able to withdraw an identification would also be helpful.

But in this Apion example, there is a second issue. Graham Healey has said likely, not for sure, presumably in recognition that there are other red Apion spp. But it has been established that on iSpot an agreement is a confirmation - you can’t agree that something is only probable. So unless an Apion referee says it is A. frumentarium, I think the highest level for a certainty is genus (or maybe subgenus).

my reputation exceeds my knowledge

Applies to me too - I know very little about UK plants and the ZA species knowledge has been from references on-line and collaborating with friends on field-trips. There is too much to learn -

One of its most remarkable – and best kept – secrets is the incredible diversity of plant species found in the Cape Floral Kingdom (or the Cape Floristic Region) on the country’s Western Cape.
One of only six floral kingdoms in the world and unique to this small area, the region supports over 9,000 plant species, 70% of which are found nowhere else on the planet. These include exquisite species such as the king protea (South Africa’s national flower) and the exotic pincushion
South Africa - Fauna & Flora International

I added a lengthy comment (as always) TO the observation. I misspelled prey, as we sometimes do.
This issue has nothing to do with Reputation (except I have temporarily locked the Banner!)
It’s to do with evidence and its presentation. I will be happy to move my agreement when the evidence suggests I should.
If I should stop posting, miked has my password and permission to remove my agreement!
.
PS I do not think we should ever be able to withdraw an ID, Part of the process here is the development of the best ID… How boring would it be to just see one ID for every Observation?
See https://www.ispotnature.org/communities/uk-and-ireland/view/observation/464915/ see my Comment there

“I do not think we should ever be able to withdraw an ID”
I have to disagree. The withdrawn ID should still be visible, but should not have any “weight” in deciding the likely ID.
A case in point: 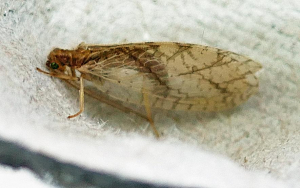 Looking at the revised ID (Bluebirdresearch’s interests and contributions elsewhere), I think it is quite likely right. But, the species is recherché: there are few images or accounts online.
Should I agree, and change the “Likely ID” on that basis? I am really not sure of the species - but this is due to my lack of expertise, no other cause.
In most cases, the identification of a subject to species level is the best possible outcome - for some users, it’s the only purpose of posting. I am also interested in the social interaction that arises, via comments and the forum (perhaps too much so): but ID remains the Holy Grail.
If the consensus is that IDs must be cast in stone, what are the other choices?
Maybe iSpot decides upon (and publicises) a “protocol”?
Maybe individual users could “appeal” their reputation score, and have it reduced (I would do so)?
The issue almost always concerns “invertebrates” - far too broad a category. But could it easily be split, without causing all sorts of taxonomic chaos? And without confusing less-experienced users?
I’m sorry to whinge on about it, but I think it’s rather important.

It is important and it is something I had hoped would be worked on as a research project at the start of ispot and several times since. Unfortunately apart from at the start we’ve never had resources to do it. Also since the pandemic suitable programmers have been impossible to get hold of given the highly inflated salaries offered in the commercial sector. I know there are a few retired programmers who are on ispot but suspect they are more interested in recording wildlife rather than trying different models of reputation even though this could be very helpful to everyone on the platform.

I have to disagree.

You are NOT whinging and it’s a very important point
But I think the example is a poor one - there will be better one I’m sure.
But the first ID is perfect - it has two agreements.
IF you are certain it is the Species, then you should agree but there is STILL the choice of adding an agreeable comment, drawing attention to the difficulty of fully agreeing.
.
For users (specially inexperienced ones) it is preferable to agree to something they (we) think is right than something you are not certain about. The only other choice is to ignore and move on. Very many ‘good’ Observations here have well over 200 views, no agreement and no comment - how bad is that?
A good example is here https://www.ispotnature.org/communities/uk-and-ireland/view/observation/14806/
,
I know WHY you’d prefer the Banner to be with Species - I guess we all would.
I have been quietly suggesting (to the point of near silence) that we should be able to agree to the ID at any level in its taxonomy.
,
OK, I know the arguments. But if iSpot was working well, there would be a lot of LOW level agreements for the Family or Genus and a few HIGH level (-icon) agreements for the species. If we had even more ‘experienced’ users then the Species will carry the Banner. If the photo is weak, then the Banner may be with the Family forever.
And if we all went though a few Other Observation when we do our own, then the banner would almost always be with the Best ID.

A case in point (I can’t find an good example) would be an ID to Sub-species but without reasonable evidence, We are forced to ignore it, or add a downgraded ID, A comment looks like a rebuke.
If we cannot see the reason for the Var suffix, like in the (topical) one here Nettle Gall | Observation | UK and Ireland | iSpot Nature then add a subjective correction or a comment.
long again…sorry