(part of several bugs:
bug 1 - showing 30+ users was taking too much space; fix - show only 10: new bug 1a: now always says 10 users, even if 1 or 30.
bug 2 - users always in user_number order; and not in order of last access (as per the old iSpot): so later users never get shown on the list: quite demoralizing (and southern African users are mostly shown after UK users (because in Sept 2014 all ZA users where added to the end of the UK list, so southern Africans get short shrift)).

But what I wanto to enquire about here, is why are there so few Guests. Last year this time we had between 100 and 250 guests. Now it very rarely gets to 50. What on earth is happening to iSpot???

who were the ‘guests’, a question I asked many times but got no satisfactory answer - real people, robots, something else?

I am so gratefull not to see the recaptcha “I am not a robot” anymore or more than what is neccesary. The sanbi email went off after an outage yestereday noon. It is back now.

I strongly suspect that a good few were webbots trawling the site for data. Perhaps even Googlebots indexing the site.

But whatever, they are not here now. It is a very poor sign when even the Webbots abandon a site.

Yes. 10am to midnight it was down. But stuff should have queued? Or was it totally down?.

Been giving me problems with working from home all of last week.

What on earth is happening to iSpot???

New topic for you USERS ONLINE - a record
the discussion can continue here - screen-shots or simple 10U &67G can be in the other? Yes?
One can watch the panel for a while, refreshing occasionally (what else is interesting in iSpot?) and see that there might be a Max of 10 uses ‘allowed’.
I have tried VERY hard to get my name on there, doing searches, adding an ID. Closing down and starting again it still does not come. But the list is very dynamic, even though I am absent.

This used to show up to 50 users online but I requested that it be linked to the top 10. So the programmers obliged (for once they listened!, and introduced two new bugs.

And now
Bug: It always says that there are 10. It is supposed to give the actual number, but then only display the top 10, not say that there are only 10 no matter how many there are. It even says 10 when there is only 1 user (me) shown!

Bug: the users are listed in number order.
You are user number https://www.ispotnature.org/view/user/21890
So you will appear 21890th in the list, so unless there is no one with a user number less than yours online, you are unlikely to appear on the list. Wait until there are less than 10 users (but the number will still say 10 even if there are only three), and then you will appear in the list.
Most insulting for later users and quite demoralizing to never be seen on the list.

Not just on-line but off-site. So few agreements, almost no comments or wisdom, little enthusiasm, much anger. Even the Loyal users are subdued.
I have little hope for the Down-time tomorrow.
Good night… 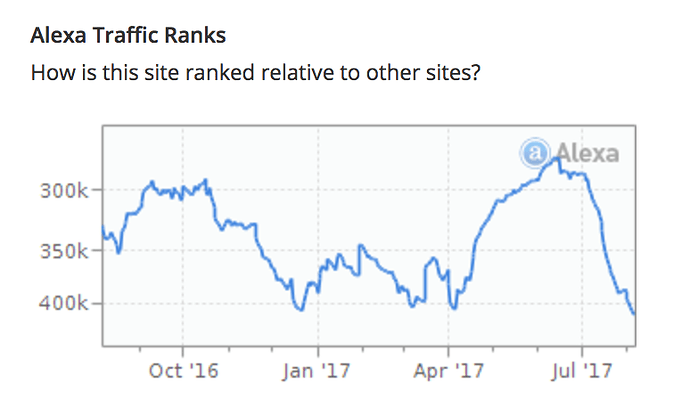 That is a ‘cool’ analysis, thanks

On a Positive note, the restructuring of iSpot has increased my understanding of certain matters, such as the existence of Alexa for tracking website use. As I not infrequently see my name in the users online list, I suppose I must have an low user number; do we know our numbers?

do we know our numbers?