Linked to Global Observations
Can we discuss some aspects of Community Issues - please?
.
What exactly is the Global Community?
Is it every community except iSpotZa, Chile, Hong Kong?
Is it just everything 'cept the UK&I
The whole World is in the Global Help Carousel
…
My second hobby at the moment is looking at the way the Channel Isles are excluded from the UK&I Community with the idea of possibly Crusading for a change - it is not straightforward and not just related to Alga (Seaweed) Observations - honest! And it’s not just about Dictionaries.
Before September 2013 ALL of Western Europe was included in the UK Community for the purposes of consistent IDing - using the UKSI Dictionary

But are the Channel Islands part of the UK, research says not.

No they are not, definitely not - I researched that quite a while ago.
My proposal is not political.

@miked What could possibly go wrong?
The Channel Isles’ Global community is chugging along nicely right now. True, there are some Dictionary issues and the utter failure to deal with Algae - but how many algae posts are there?
This issue for me (would really be for me) is that Global posts are not adequately and fairy subscribed-to. WHY favour the CH Isles over the near Continent (to the Russian and Turkish borders and into Africa) - why?
Like (the supposed) critics of 2013 (may have) said, all those ‘exotic’ organisms are clogging up our gorgeous UK observations. To be honest WE are not doing very well with our own Community, are we?
But, I would favour bringing the Channel Isles into the UK&I Community, if only to brighten our lives.

First and foremost though, might we need
a/ DICTIONARY UPDATES
b/ more discussion about the, so called, GLOBAL community

Might you be proposing that France (and the Channel Isles) should be included in theTaxo-community of UK&I?
.
I have just formed this https://www.ispotnature.org/communities/uk-and-ireland/view/project/788984/the-channel-isles/observations
Why are there so few agreements and almost NO interaction?

why not adopt ‘Britain and NW Europe’ definition as adopted by most UK plant guides (I know its not just about plants…)? 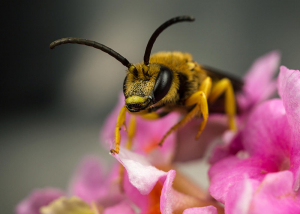 Germany https://www.ispotnature.org/communities/global/view/observation/332118/ could do with a 2019 review (plant)

Switzerland https://www.ispotnature.org/communities/global/view/observation/215493/
Scandinavia and Baltic is probably the same.

Just a few more before I get too old…
All of these are UK Community Observations
One from Sweden - showing that Global used to be an active Community https://www.ispotnature.org/communities/global/view/observation/60934/its-a-peach

The Falkland Islands as well https://www.ispotnature.org/communities/global/view/observation/151278/fuegian-foxtail

at the risk of BORING you (still sorry), did you know that parts of France are IN the UK Community?
It’s very hard to find the Community Boundaries in that area - @miked ? 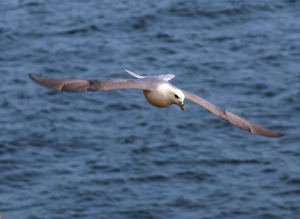 Observation - Wandering Fulmar - UK and Ireland. Description: PLEASE don't agree to my Fulmar She is looking for iSpot's UK Community Boundary. . This may be cal

Does this mean that the Channel Island have now been incorporated with the Britain and Ireland community?

(changed the links above)
No, I think not. When I flew nearer to Guernsey earlier in the original post, I crossed into Global.
I do HOPE that before the Community is changed someone will announce it and there ought to be more discussion anyway.

Excluding them from the main ‘UK lists’ is fairly common practice in some taxonomic groups. For instance the annual migrant moth and micro-moth reports tend to exclude them. The reason being that (regardless of their political status) their ecological status is much more like France than the UK.

But that’s not necessarily a reason for iSpot to do it (although if species known in the British Isles only from the Channel Islands are not included in the UKSI which forms the basis of the dictionaries that would be a good reason).

A clear example of Dictionary issues (thanks Mark Wilson) 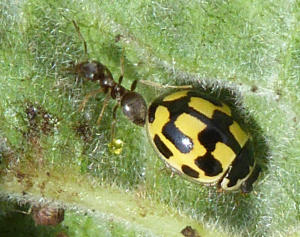 
You might read my comment there
Please remember this is NOT, specifically about dictionary differences but about Communities and Observation visibility.
Few people have SEEN Mark’s delightful 14 Spot Observation.
The proposal, about which Admin have not responded here, is about Communities. Parts, but but not all, of the Channel Isles are in the iSpot’s UK Community. Parts of France are in iSpot’s UK Community - seems odd!
Amadan September 4, 2019, 6:15am #19

I’ve followed this thread on and off: one reason I haven’t chipped in so far is simple ignorance. I do not recall how I initially ended up in the UK community. Did I make a choice, or was it assigned automatically due to location of my first post? It’s not something I bothered about, until the topic was raised here: I had little reason to think about “communities” until the rather fractious discussion over ZA users leaving.
It seems that,scientifically, there are pros and cons to including the Channel Islands in the UK community. So the more pertinent issue is, perhaps, “would it result in more users seeing more posts (of possibly limited interest/relevance), and thus generating more positive outcomes (identifications, explanations, helpful or witty comments)?”
If that would be the case, I can’t see why they shouldn’t be included.

Valuable thanks
there is no simple answer to any of this. I have compared Global posts with equivalent UK&I ones (year for year and organism for organism, say the same gull in 2016) . Nothing clear emerges, regarding visibility or user interest. Certain organisms get ignored or get a poor response in both Communities.
What emerges is that a few people (whose names you will know) DO browse Global and offer support in a number of good ways - that applies across the World - California to New Zealand, but mostly Europe. I think those people probably CHANGE COMMUNITIES to do that. And I would guess that very few users change communities, except by accident, perhaps when opening a TRUE Global Observation in the Carousel.

I could make a stronger case for boundary changes IF more people made Global Observations and if, say, iSpot was clearer about WHAT IS a Global post. A glance at the Help confirm global observations, shows that Global includes UK&I It is often only UK (funny that). 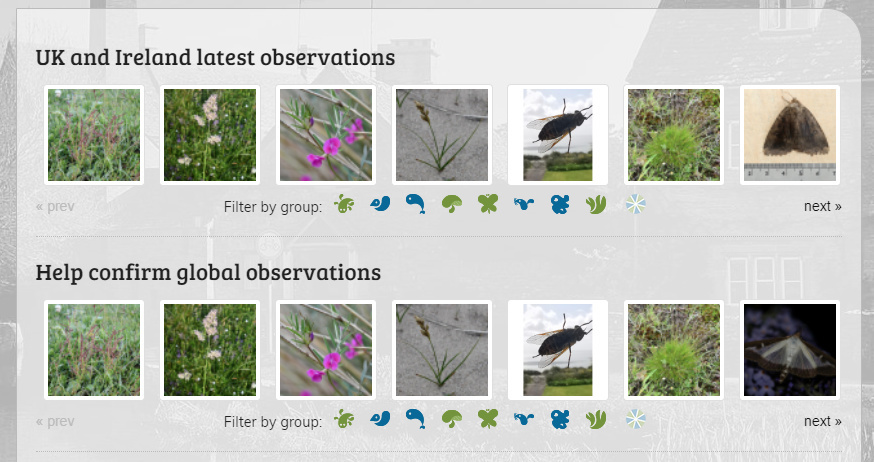 image.jpg874×462 152 KB
But there are some clear issues that need attention
This is in Normandy and is a UK Community Observation - Parts of Normandy and Brittany are IN the iSpot UK Community. 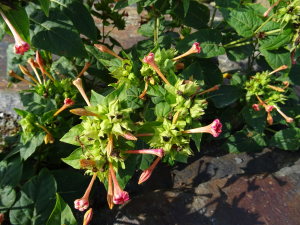 Is this a Nicotinia from Normandy?

Observation - Is this a Nicotinia from Normandy? - UK and Ireland. Description: Growing between rocks near sea.


And this is in Jersey (which is in the Global Community) https://www.ispotnature.org/communities/global/view/observation/784614/euphorbia-portlandica
It is a good example of how ‘invisible’ Global posts are because it has no input (as I write this) and yet https://www.ispotnature.org/communities/uk-and-ireland/view/observation/714355/portland-spurge is the same - NO input (as I write this).
As I ‘said’ it’s hard to make a case on visibility and interest.

I can make a better case for Dictionary interchange - that is, WE choose which Dictionary to use - proof for that desirability is easy to find (and is illustrated in this thread). BUT it only affects very few users.
Interchanging dictionaries/communities is currently possible but not really desirable.
.
I have softened my approach here because I have researched the issue fairly well
These conclusions are my own
1 Revise the UK-to-Global boundary to exclude France and INCLUDE all the Channel Isles (not just Alderney) and the waters around them though NOT too close to the French coast.
2 Include ONLY Global Observations in the ‘Help confirm global observations’ Carousel
3 Update the Dictionaries
4 Create a THIRD Carousel on the Home page RECENT GLOBAL OBSERVATIONS

Understand that enclosing the Channel Isles means only slightly better visibility and interaction but use of a Dictionary that includes seaweeds (the Global does not) that seems really minor and biased but I am trying to be constructive.
There seems NO point in making yet another wish list
Seen this? DESIRABLE CHANGES